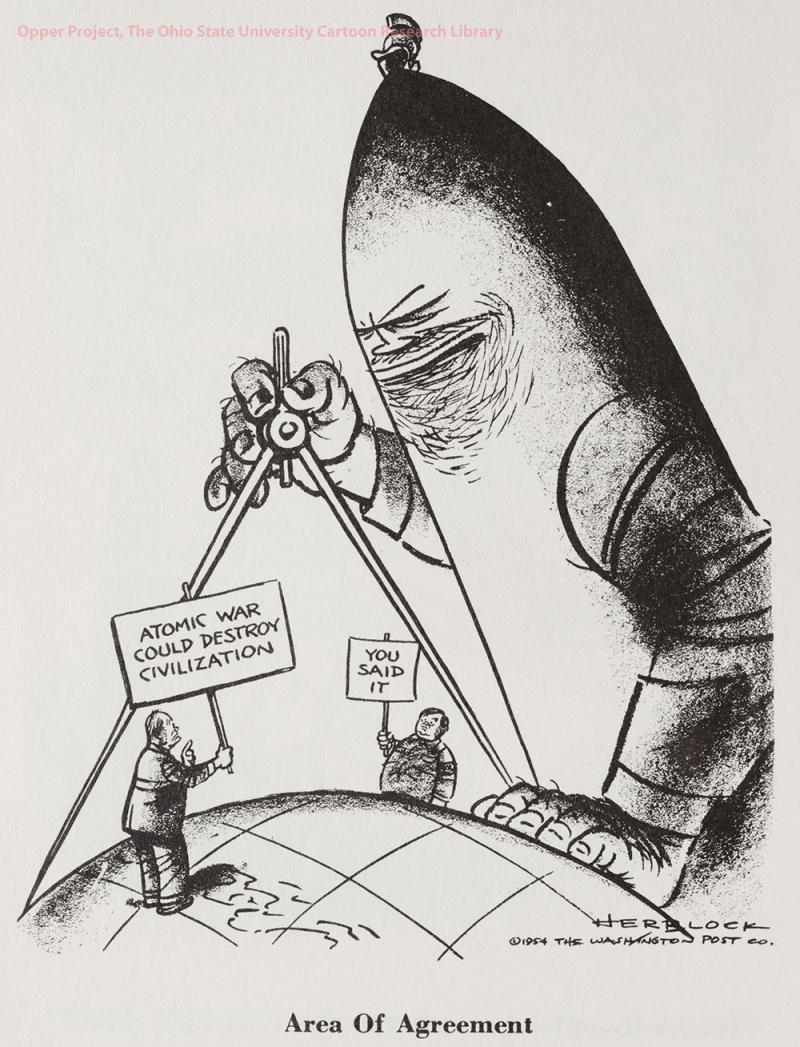 Reprinted in Herblock's Here and Now

During World War II, the United States government funded a massive scientific and engineering project to build an atomic bomb. The US government shared information on this project with its French and British allies, but not the government of Russia (called at the time the Soviet Union). However, because of infiltration by Russian spies, the Soviet government was aware of the bomb project all along. When the bomb became available for use in the summer of 1945, United States government officials made the difficult decision to use the bomb against the Japanese to end the war once and for all. With the whole world now aware of the existence of atomic weaponry, the United States feared that the technology would fall into the wrong hands, specifically the Russians. In fact, the Russians had already begun their own atomic weapons program with intelligence that they had gained from their spies during the war. Americans and Russians had disagreements that preceded World War II, with the United States being skeptical of the communist government of the Soviet Union. Americans felt that communism was antithetical to the American system, and characterized the Soviet government as godless and immoral. The tensions between the two nations continued to escalate for the next 45 years as each country stockpiled nuclear weapons and threatened to use them against the other. This conflict is called “the Cold War” because it never escalated into full-fledged battle, the United States vs. Russia, democracy vs. communism. The stakes of such a war were often configured as a doomsday scenario in which each side would obliterate the other, often referred to as “mutually assured destruction,” or MAD.