With the Greatest of Ease? 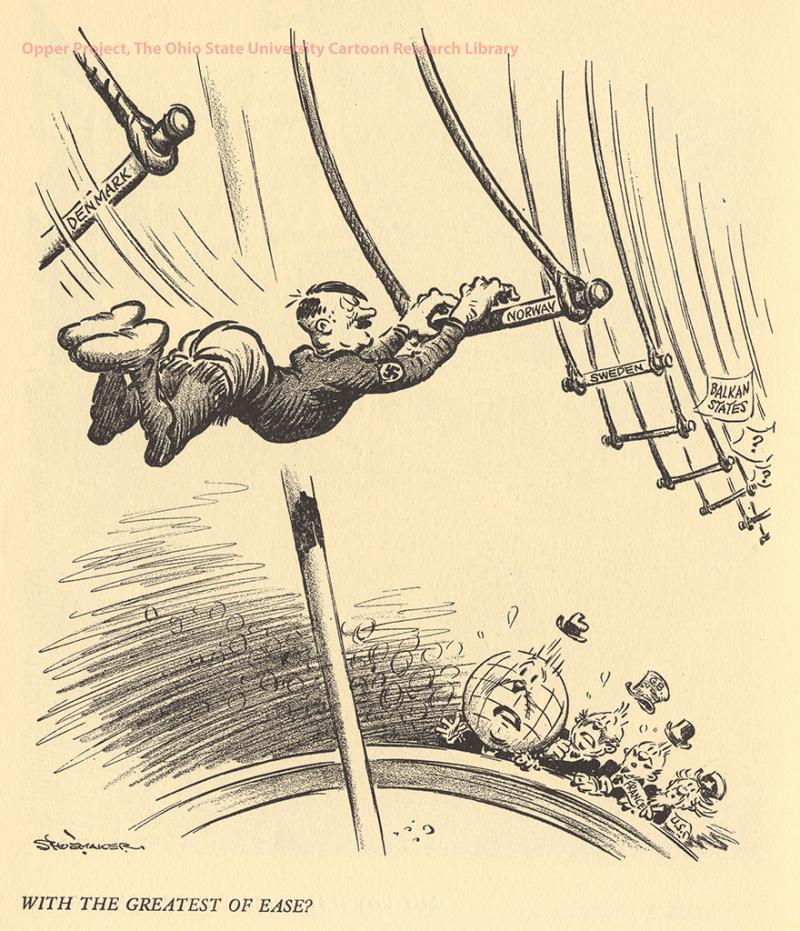 World War II in Europe began as Hitler invaded Poland Hitler continued to drive his army across Northern Europe, successfully invading and conquering Denmark, Norway, Sweden and eventually France in his wake. These early victories alarmed the Allied Powers (Great Britain, France and the US here depicted in the bottom corner). The cartoonist depicts Hitler’s progress through these nations as a trapeze athlete swinging from rung to rung. The caption comes from a popular song from the time called “The Man on the Flying Trapeze,” which includes the lyrics, “He’d fly through the air with greatest of ease/that daring young man on the flying trapeze.”