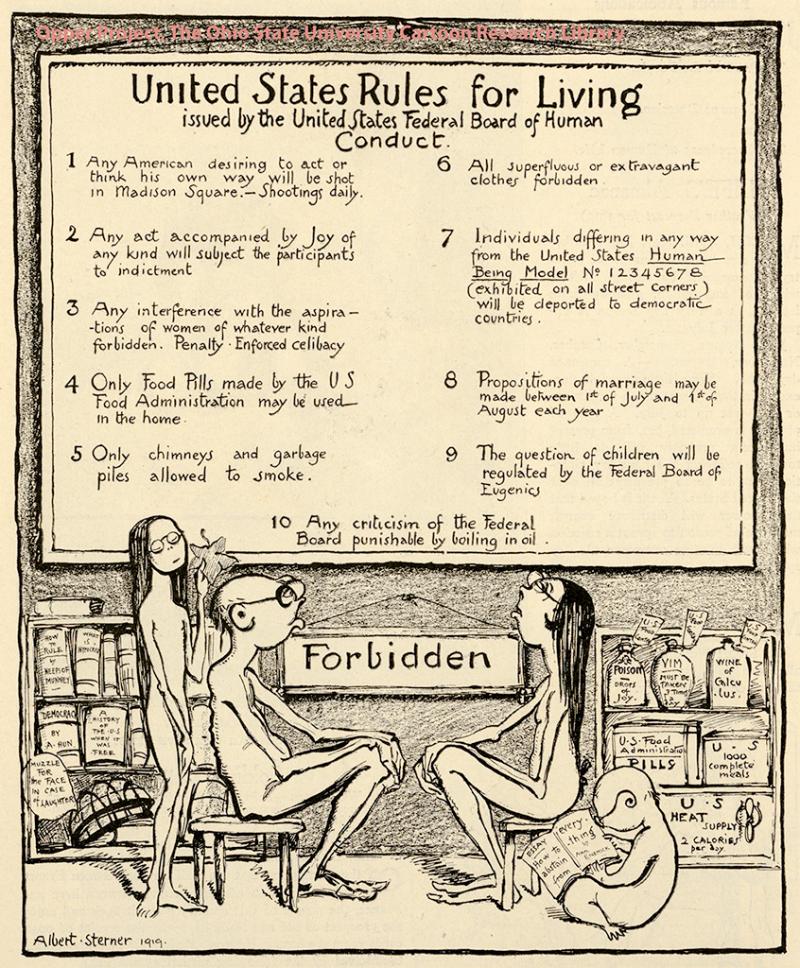 The National Prohibition Amendment was ratified by the United States in 1919 and took effect at midnight 16 January 1920 (one year to the day after achieving ratification). It was repealed by amendment in 1933. The amendment banned the "sale, manufacture, and transportation" of alcoholic beverages. Opponents of Prohibition argued that preventing Americans from drinking was a violation of their rights and liberties. They accused the "dries" of being fanatical and overzealous in their crusade against liquor. Many made the argument that prohibiting alcohol was a slippery slope that would lead to other forms of recreation, expression and free will being outlawed. The Prohibition Amendment did occur in an era of widespread reform movements that witnessed the outlawing of child labor, the rise of feminism, the introduction of labor laws, the creation of the Food and Drug Administration to monitor health and cleanliness in American food supply, as well as the acceptance in some circles of the notion of eugenics which held that only humans with favorable traits (most often those traits found in the middle and upper classes) should be allowed to procreate.