Who Are the Haters 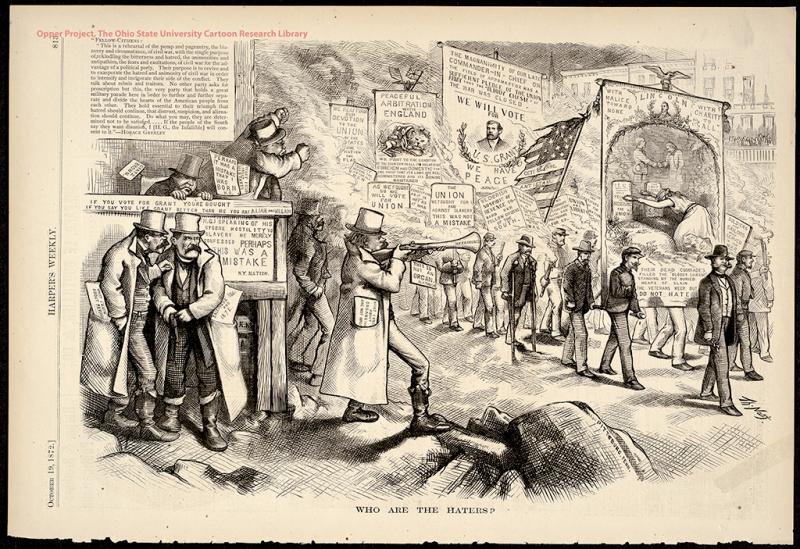 In 1872, the Presidential election dealt primarily with Reconstruction and the proper route that should be taken to reincorporate the southern states and move past the divisiveness of the Civil War. Grant ran for reelection on the Republican Party's ticket, while the opposition was actually a Republican defector, Horace Greeley. Greeley was a newspaper editor and longtime Republican Party member and supporter. His dissatisfaction with the radical course of reconstruction forced him to leave the party and run on a Liberal Republican platform that argued for the end of Reconstruction and the immediate withdrawal of Federal troops from former Confederate states. Despite his support for the Union and his animosity toward slavery and the Confederacy, Greeley ended up attracting many Democrats and hostile southerners to his campaign by his calls for an end to Reconstruction. Here, Nast depicts a parade of Civil War veterans who support Grant in his reelection bid.