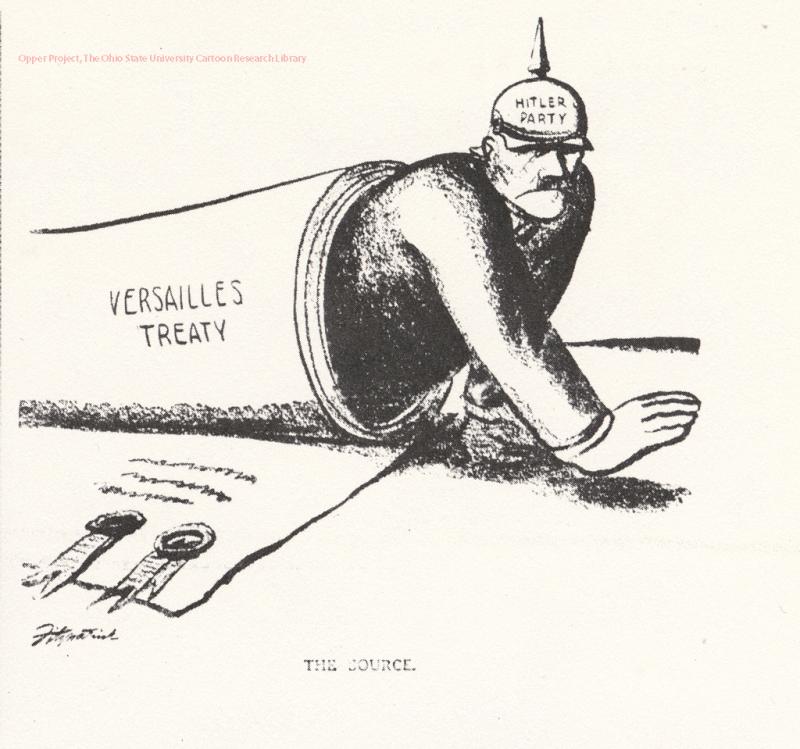 Reprinted from The St. Louis Post-Dispatch in Zeneman, Heckling Hitler (1987)

The negotiations to create a peace treaty to end World War I were contentious. U.S. President Woodrow Wilson advocated an idealistic plan to both settle the war and prevent future wars. The European powers wanted to punish Germany and the Central powers. The resulting Treaty of Versailles was a compromise. One provision required Germany to admit guilt for the war. Another required Germany to make payments called “reparations” to her allied opponents for the cost of the war. The amount of money involved was huge and would take decades to pay off. Some feared that the harsh victory imposed on Germany would foster the growth of anti-democratic political movements in Germany, either on the left or the right. These fears were realized when Adolph Hitler, the head of the right-wing, militantly nationalist National Socialist (Nazi) Party, rose to prominence. Hitler promised his constituency that he could improve the depressed economic conditions in Germany by rolling back the Versailles reparations. In 1930, the full impact of Hitler’s rise to power was unknown, but already some were convinced that he was the result of the Versailles Treaty.