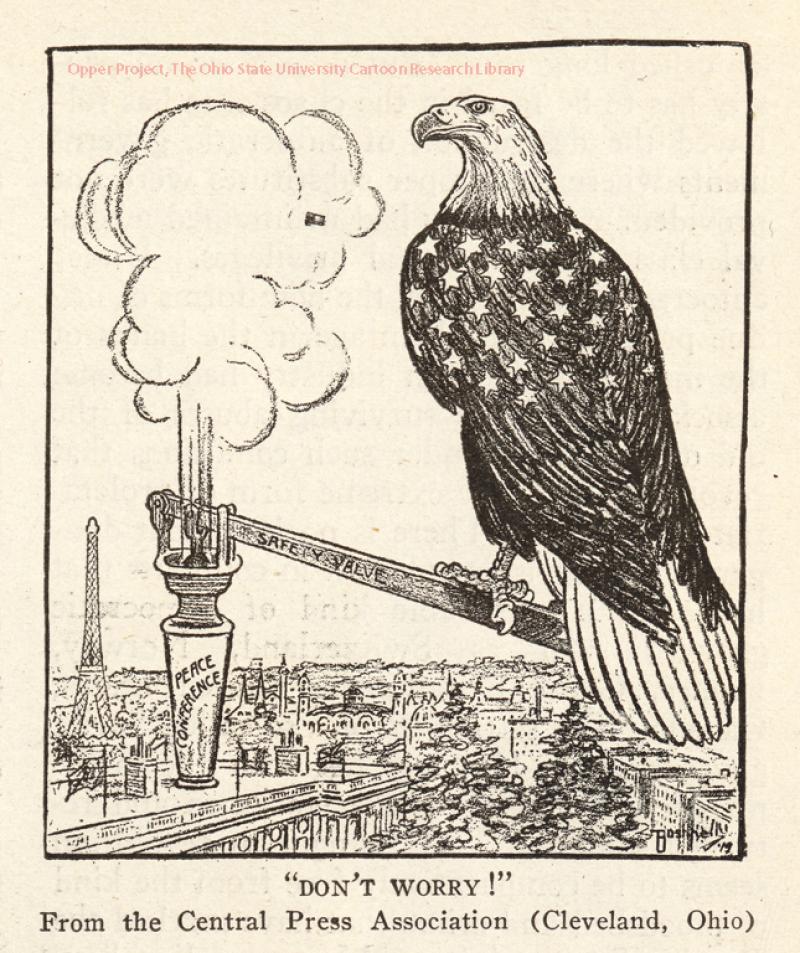 Central Press Association, reprinted in Review of Reviews Vol. 59, No. 5

The Treaty of Versailles ended World War I. United States President Woodrow Wilson was a key figure in the peace conference, because his Fourteen Points formed the basis of the negotiations. The Fourteen Points included free trade, open diplomacy, arms reductions, and a League of Nations. The latter international body was to be a forum for settling international disputes without war. Wilson’s Fourteen Points were unpopular with his European Allies because they were not harsh enough against Germany and the other Central Powers. Emotions, ran high in Paris during the peace talks in 1919, as delegates debated the concessions between the Allies, and exactly what the Central Powers (especially Germany) would be forced to concede.

Safety valves are used on industrial steam equipment to release pressure and prevent explosions. In this cartoon, the United States provides the pressure to release the steam generated by the peace negotiations.