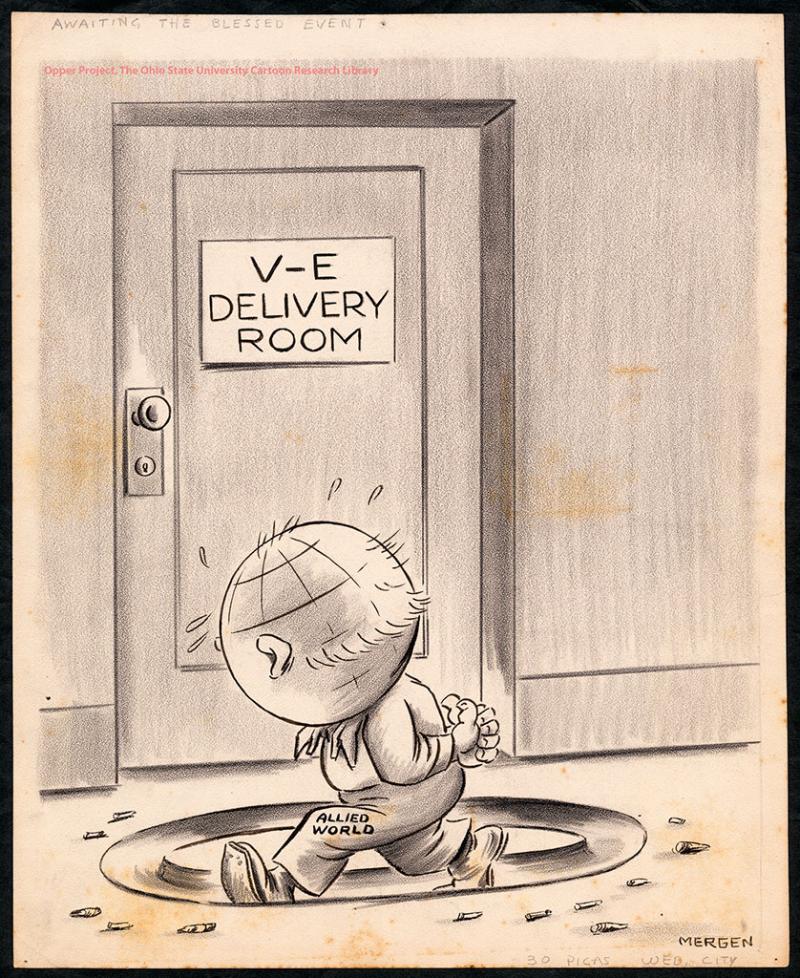 Following Allied victory in the Battle for Berlin in April 1945, Adolf Hitler and many of his supporters committed suicide, thus marking the close of the European theatre (but not the end of war, due to ongoing battle in the Pacific theatre). While the suicides of the top military commanders marked the end of fighting, a clear victory in the European theatre was negotiated by Allied and Axis powers in early May, with formal Allied acceptance of surrender coming on 7 and 8 May, 1945. V-E refers to Victory in Europe, and in this cartoon, the Allied World is depicted as an expectant father waiting for the delivery of peace.