Jack and the Wall Street Giants 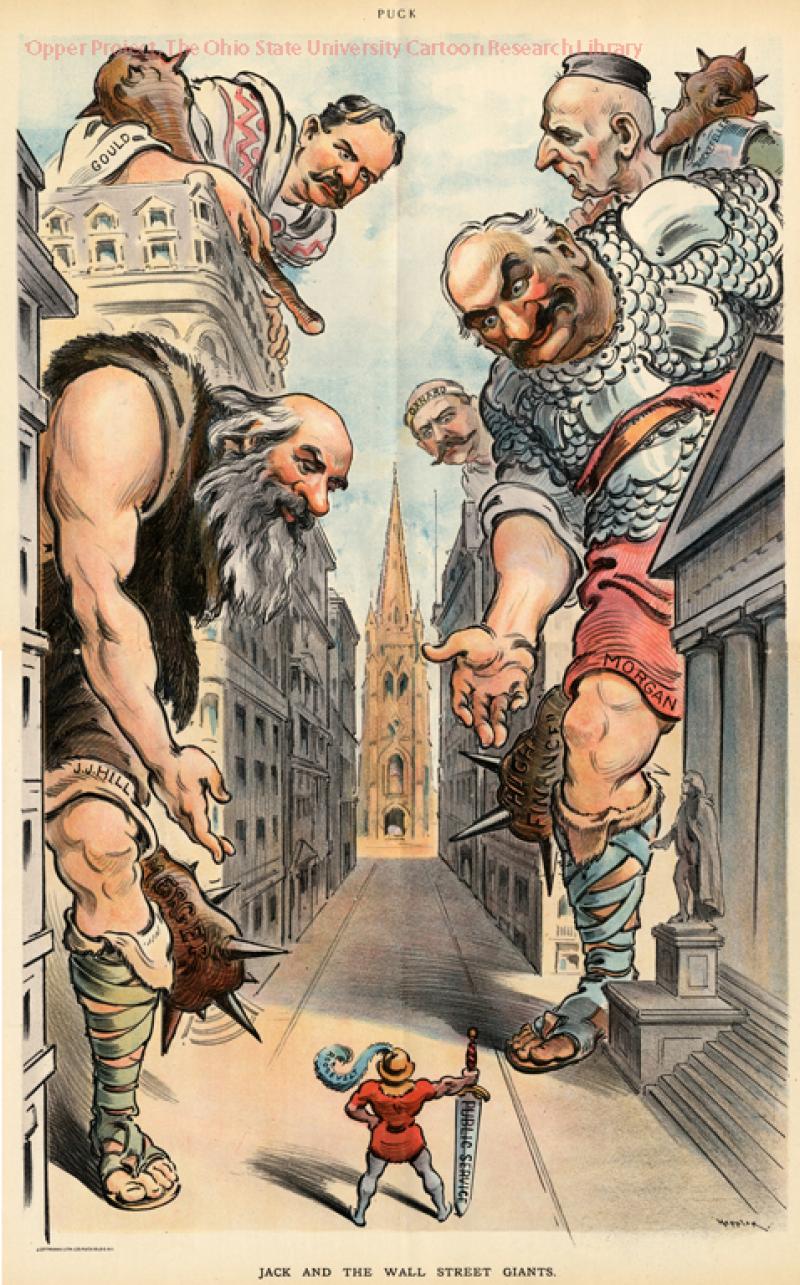 This cartoon re-tells the story of Jack and the Beanstalk with President Theodore Roosevelt as Jack confronting various “giants” of the American economy, including J.P. Morgan and Jay Gould.