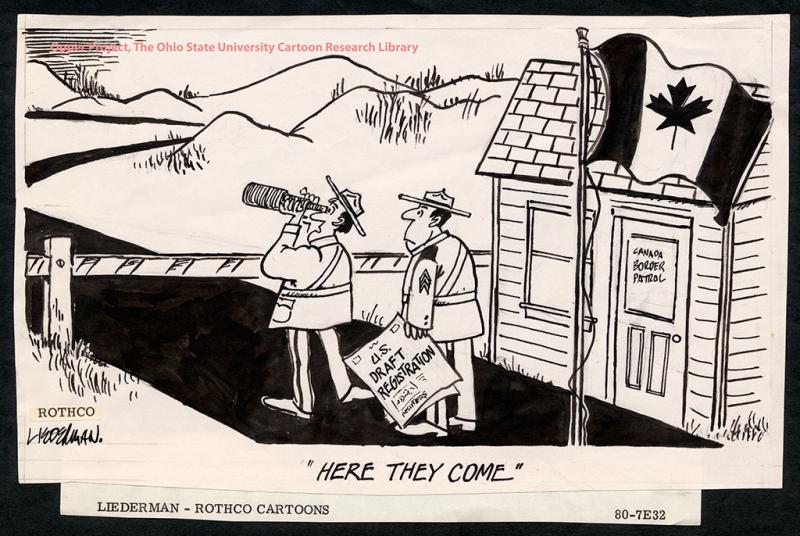 United States involvement in the Vietnam Conflict (1964 - 1973) was one of the most controversial events in American history. Many people disagreed with the motives and rationale for the war, and with the institution of the draft, people resented the heavy death toll the war had on young men sent to combat. Young men who were enrolled at a university or those who declared themselves as conscientious objectors (pacifists) could get deferments and avoid conscription. This led to large numbers of poor and working class young men filling the ranks in the army. Those who opposed the draft, but did not attend college or conscientiously object were left with little option. Many burned their draft cards to avoid conscription, while others fled to Canada as fugitives from the draft - so-called "draft dodgers." This cartoon depicts the border control officers on the Canadian side of the US border anticipating an influx of draft-dodgers.