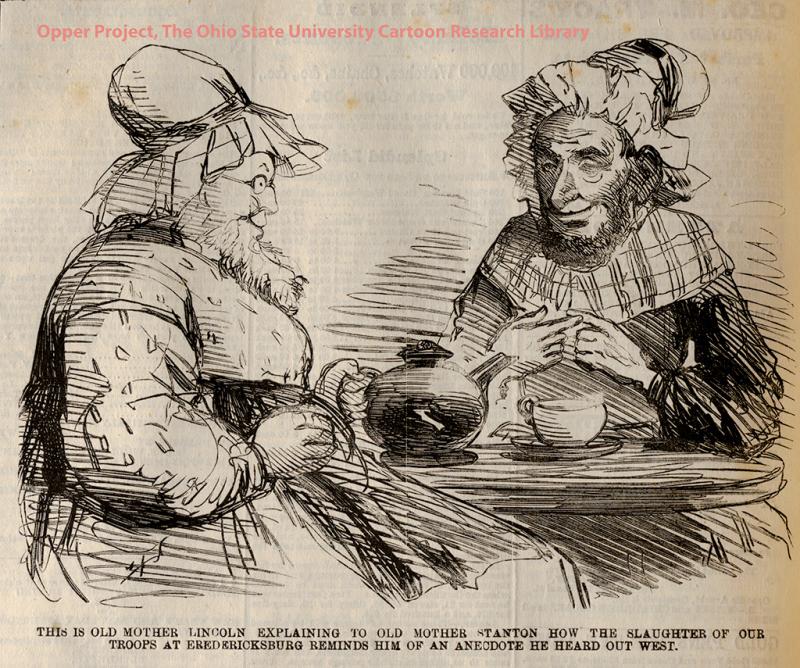 The Battle of Fredericksburg took place in December of 1862 in Virginia and is often configured as one of the most brutal losses for the Union. Northern troops were demoralized and the loss threatened to undermine the Union's efforts. Confederate troops were jubilant and reinvigorated as a result of the decisive victory. Edwin M. Stanton was Lincoln's War Secretary, and the two often disagreed with each other, creating friction in the ongoing war effort. Clearly, Fredericksburg was a huge defeat and blame was shifted back and forth between the two men, and others, as the North attempted to deal with the aftermath. Many observers felt that Fredericksburg demonstrated the inexperience and lack of dedication by Lincoln and his cabinet. This cartoonist chose to depict Lincoln and Stanton as women, suggesting their comprehension of the war was minimal and they were incapable of grasping the seriousness of the situation.