U.S.: I wonder if self-determination is meant only for Europe? 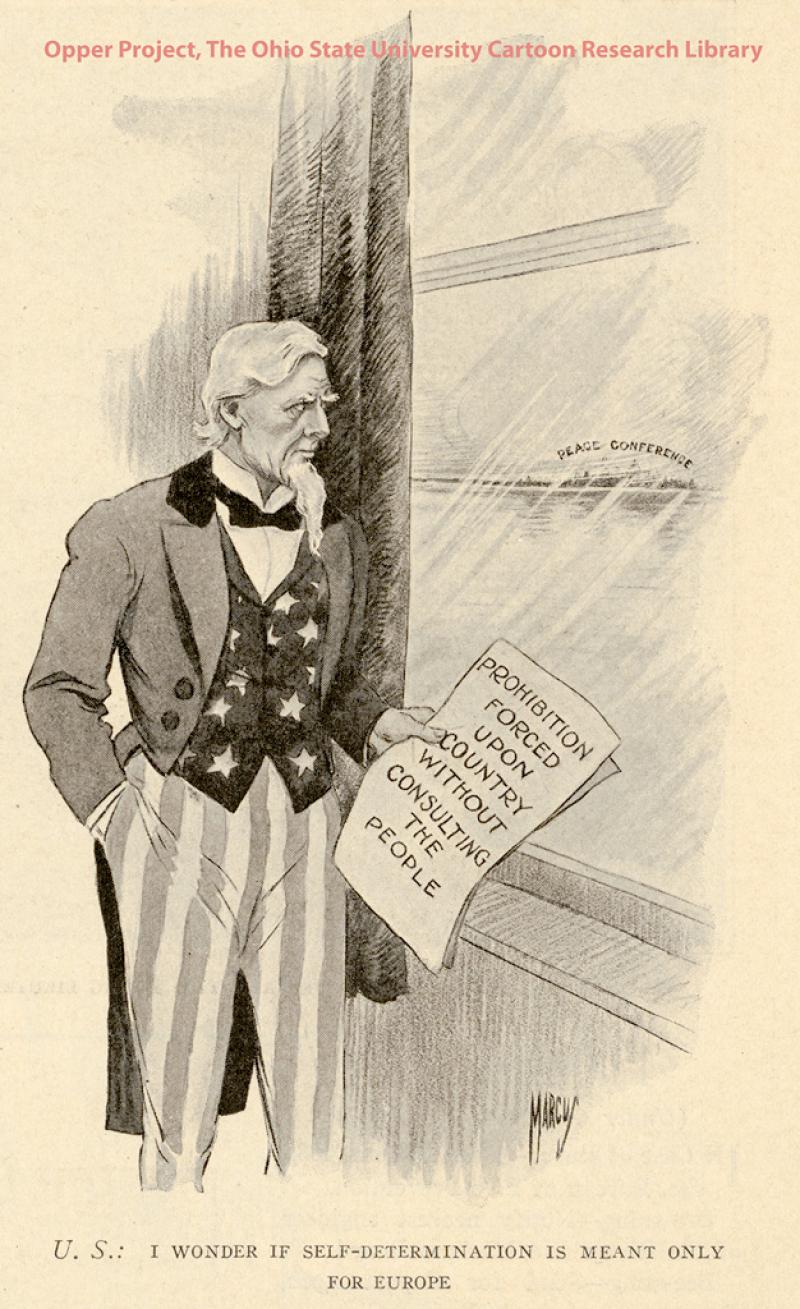 The National Prohibition Amendment was ratified by the United States in 1919 and took effect at midnight 16 January 1920 (one year to the day after achieving ratification). It was repealed by amendment in 1933. The amendment banned the "sale, manufacture, and transportation" of alcoholic beverages. Opponents of Prohibition argued that America had just successfully fought the forces of totalitarianism in Europe during World War I and made "the world safe for democracy," yet Americans' own liberties were being curtailed by Prohibition in the United States. Here the United States is represented by Uncle Sam, who questions the democratic process behind Prohibition while he looks on the Versailles Treaty negotiations that were conducted at the end of WWI. During the war, President Woodrow Wilson issued his declaration of "Fourteen Points" that would support freedom and democracy throughout the world. One of the most well known of the points was the right of self-determination for all nations.