Can He Produce the Harmony? 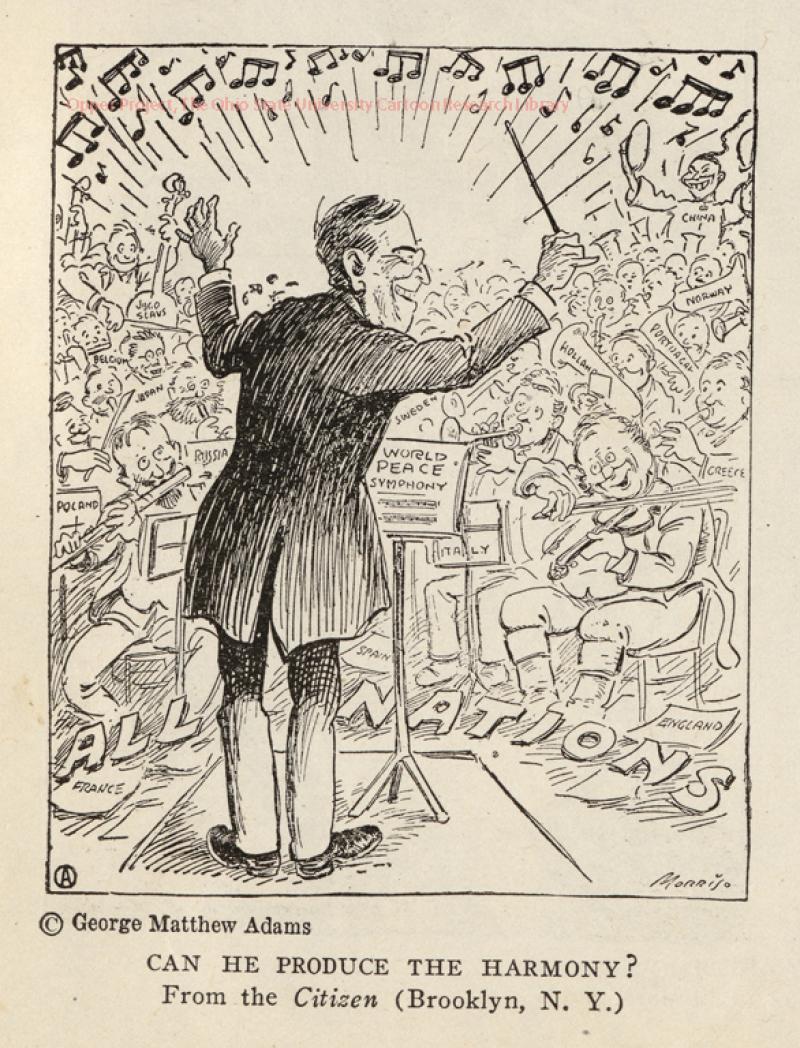 Reprinted from The Brooklyn Citizen in Review of Reviews, Vol. 59, No. 6

President Woodrow Wilson announced his fourteen point plan for European peace in January 1918. The Fourteen Points included free trade, open diplomacy, arms reductions, and an international organization, the League of Nations, to settle disputes without war. Other points called for national sovereignty for people in east central Europe, including those identified in the cartoon as Jagoslavians (ethnic people from the area that would become Yugoslavia, where the events leading up to World War I unfolded). Wilson intended to solve the problems that led to World War I and thus prevent another European war and spread democracy to Europe and the world.