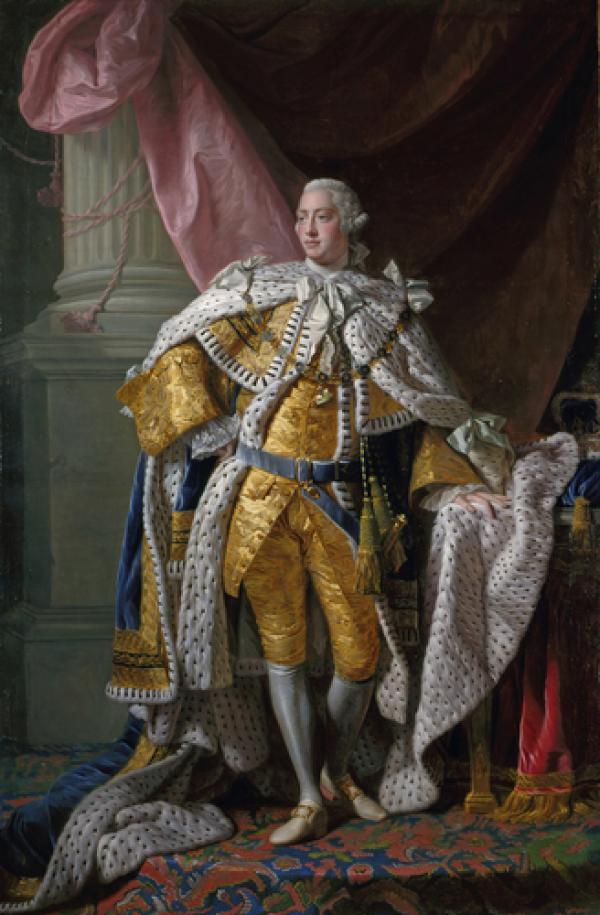 To compare and contrast both side of the American Revolution by analyzing the characteristics and roles of both George Washington and King George III. The students will determine whether or not King George III was a royal “brute”, as American patriots claimed, and whether or not George Washington was a traitor, as claimed by the king’s supporters. The teacher will provide the learner facts about both men’s characteristics through reading parts of the book, George vs. George: The Revolutionary War as Seen by Both Sides, by Rosalyn Schanzer.  Also, discuss the differences between kings and presidents, and democracies and monarchies.

In the times leading up to the American Revolution, Great Britain passed many acts that affected the American colonist living in what is now the United States. King George imposed higher taxes, limited trade and power of the colonial government, and forced the colonist to house British troops.
The colonist thought these acts and their limitation of power was unreasonable and wanted to be free from tyranny by the British king.  These acts resulted in the American Revolutionary War.  General George Washington was the leader of the Continental Army, and eventually, the first elected president of the United States.  Washington did not wish to be king of the newly formed nation, as many thought he should, but rather a leader for the people.

George vs. George:  The Revolutionary War as Seen by Both Sides,  Rosalyn Schanzer
Overhead transparencies of the two Georges’ portraits

For information on the portraits, see:

Compare portraits of King George III and President George Washington.
1.       Ask spiraling questions to analyze portraits (
File
worksheets_compare_and_contrasting_george_and_george.pdf198.47 KB
). Students can work in groups of two or three to record observations.
2.       Regroup as a whole class and discuss questions.  Write similarities and differences on board.
3.       Students will independently complete a Venn diagram of similarities and differences of George Washington and King George III

Accommodations for students with disabilities:

1.       Pair with a peer that is a strong writer/reader.
2.       Write similarities and differences as well as discussing orally (whole group).
3.       Require responses for parts 1 and part 2 or spiraling questions, or possibly only part 1.
4.       Require only two similarities/differences for each part of the Venn diagram instead of three for each part.
5.       Provide student copy of notes from spiraling question discussion.