Canals: Getting Goods to Market 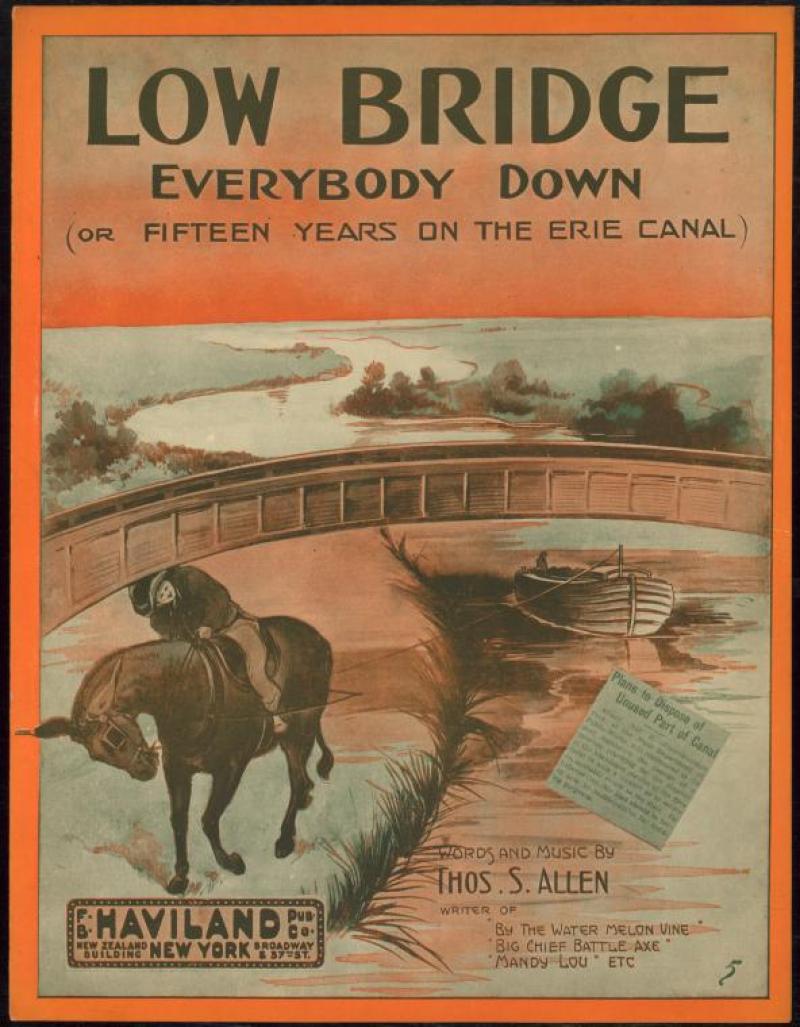 Core Theme to Which Lesson Relates:

The passage of the Ordinance of 1787 politically opened up the Ohio territory to settlement.  Initial growth was significant.  Agriculture was the main industry in Ohio.  However, transportation was not reliable. Roads were prone to flooding, rocky, and dangerous to travel. The National Road was still being constructed. Farmers had no means to transport their grain or livestock to market.
Canals had this potential. In 1817, New York State began building a canal connecting the Hudson River and Lake Erie. Upon its completion, thousands migrated to the Ohio Valley.
The success of the Erie Canal proved such a venture would pay off. Construction on Ohio's canals began on July 4, 1825 with the construction of the Ohio and Erie Canal. Construction was difficult and labor intensive. Workers had to dig hundreds of miles of trenches and then line them with sandstone.
Canal locks were necessary as elevation changed. Construction employed thousands of workers, employing thousands of immigrants, such as the Irish.
One construction was finished, Ohio's system included nearly one thousand miles of canal and feeder lines. The Ohio and Erie canal connected Portsmouth and Cleveland, and the Miami and Erie canal connected Cincinnati and Toledo, Ohio. Towns emerged along the canals and Ohio prospered. Most canals remained in operation until the end of the nineteenth century. However, the railroad soon took over the transportation service. Railroads could deliver goods much faster, fostering more development of Ohio.
The teacher may use the Monroe Fordham Regional History Center to conduct personal research on the Erie Canal.
The students will be using the internet to view web sites devoted to the Erie Canal. They will answer questions on a worksheet as they enjoy a virtual hour of the Erie Canal.

1.
File
handout_b.pdf84.03 KB
2. The students will hear the song “Low Bridge”. The teacher will pass out the lyrics to
File
handout_a_low_bridge.pdf88.39 KB
and start the music once the students are settled. The song can be accessed via the following web site: http://www.eriecanalvillage.net/pages/song.html
The students will read along with the lyrics. The teacher will ask the students “Why do you think somebody would write a song about the Erie Canal?” A class discussion on the possibilities will follow.
3. Have the students go to the following Epodunk.com pages on the Erie Canal.
The students should view the virtual tour first. Students should click on the “Launch Canal Tour” link. Once they have viewed the tour, they should continue exploring the site paying careful attention to the “Red Dot” route. Students should click on the various red dots and read the information and view the “Postcards” and “Panoramas” links to see primary source photographs from each area.
As the students view the site, they should complete the Erie Canal Worksheet (Handout C). This is an independent activity and should be completed by the end of the class. The teacher will walk around the room keeping the students on task and trouble-shooting any potential problems.
4. The teacher will review the worksheets and conduct a classroom discussion on the students' answers, focussing on bringing out the learning objectives listed above.
5. The Ohio and Erie Canal. At this point, turn to Ohio, and how canals in Ohio solved similar problems for Ohioans as they did in New York. Show the short video: Early Transportation Canals

Students will be assessed based upon their participation in the classroom activity and discussion.
Students will also be assessed based upon the completion of the
File
handout_c_post_test.pdf222.96 KB
(
File
handout_c_post_test.pdf222.96 KB
)  with an emphasis on creativity, structure and relevance of answer to the question presented with an emphasis on the following criteria:
•Did the students understand what the lesson was about?
•Did the students reach the objective?
The teacher will then check for understanding during the lesson by asking the students questions based upon their progress on their worksheets. The teacher will determine if the desired learning outcomes (instructional objectives) have been met by reviewing the students' answers to the worksheet at the end of class.

The students will hand in a half sheet of paper with three reasons why the Erie Canal is no longer used as a major shipping network today.