He Was Bound to Get It Wrong 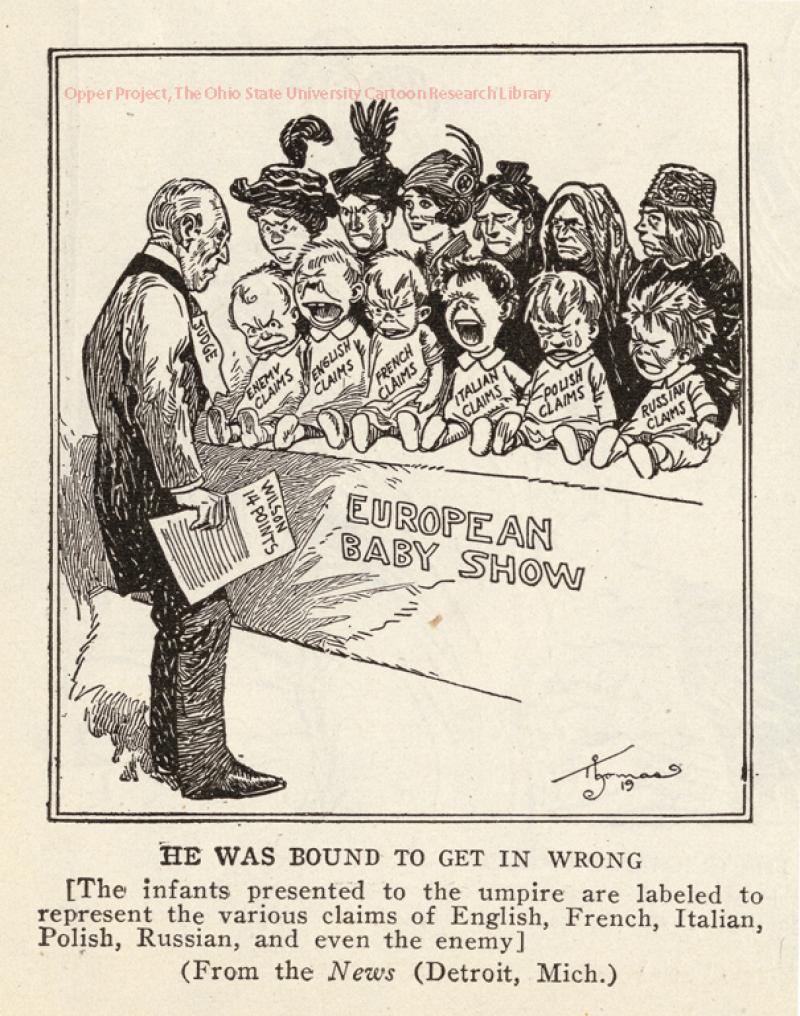 Reprinted from The Detroit News in Review of Reviews, Vol. 59, No. 6

President Woodrow Wilson announced his fourteen point plan for European peace in January 1918. The Fourteen Points included free trade, open diplomacy, arms reductions, and an international organization to settle disputes without war. Wilson intended to solve the problems that led to World War I and thus prevent another European war. What Wilson did not count on was the determination of European powers to achieve their various, self-interested goals. Since America had almost no war claims following World War I, Wilson saw himself and the American delegation as a proper, disinterested judge of balancing those claims and maintaining the Fourteen Points. Wilson was forced to make many concessions in the course of the negotiations, and many newspapers and others criticized him for them.

Baby shows were popular competitions where judges chose the cutest child. This cartoon observes that none of the choices facing Wilson would be correct because of the competing claims of the countries involved.