The Soldier's Experience Through Primary Sources 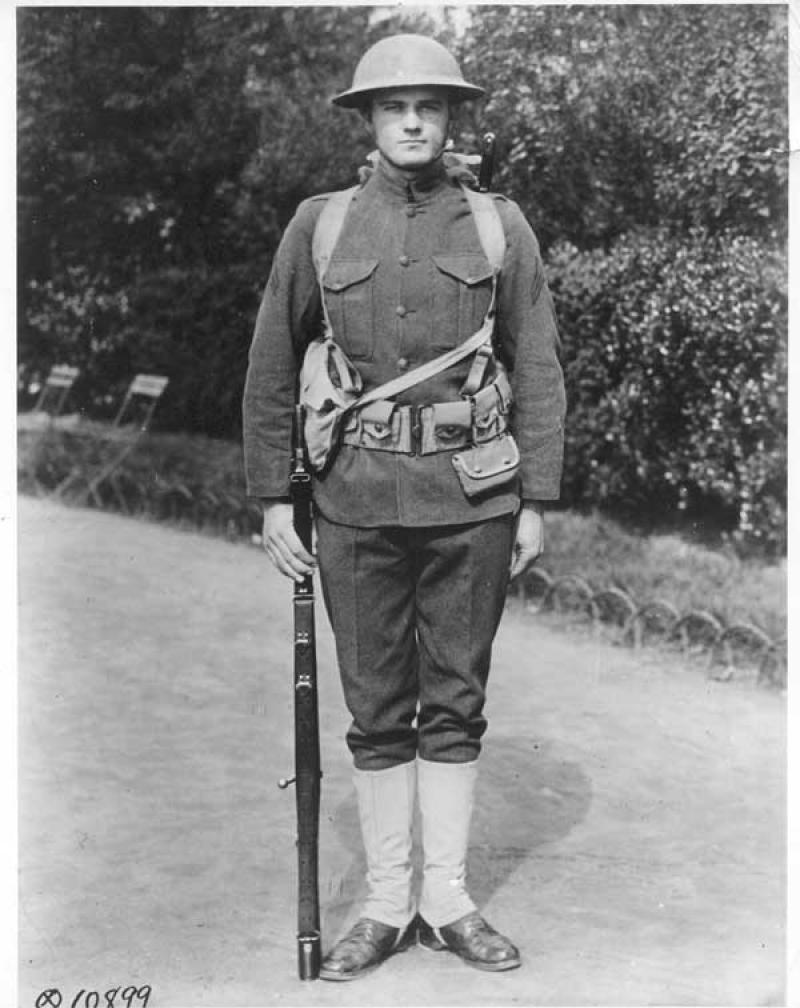 1.  To help students understand the war from the point of view of soldiers in the trenches through analysis of photographs, war poetry and memoirs.
2.   To encourage students to explore the power of visual images, including propaganda posters, political cartoons and postcards, that emphasize how governments and civilians prepared for "total war."

Have students browse one or more of the memoirs suggested below.  They should write up a brief description of warfare through the eyes of the soldier(s) to hand in and/or share with their classmates.
Have students pick a particular type of advertising to analyze, i.e. print media, television advertisements, radio advertisements.  Have them write up short descriptions of 2-3 ads, focusing on the imagery (if visual in nature), wording and emotions the ad evokes (if any).  Also, have them speculate why the product/event is advertised the way it is.

PART 1. Life in the trenches:

How to do it:
1.  Have the students share what they learned about how warfare affected soldiers, both short-term and long-term from reading the memoirs provided on the websites below.  If this curriculum is used in conjunction with providing an overview of major battles, have students contribute information during lecture as to how and why the war was fought in the manner it was.
2.  Divide the students into small groups, assigning each student a war poet and a piece of his/her poetry from the websites listed below.  Poems should be given to students on an overhead transparency, so the rest of the students can read them as they are discussed by the entire class.  Each group should analyze its assigned poem, explaining the imagery involved and its overall message.  Once small group work is complete, call the class back together and discuss each poem as a group.
3.  Either while explaining major battles and/or in conjunction with the poetry discussion, hand students overheads of some of the photographs and drawings linked to below.  If done in conjunction with lecture, they can be used to illustrate various facets of trench warfare.  If done in conjunction with the poetry analysis, the teacher could lay out 15-10 photographs and then have students choose ones which reinforce imagery from the poem they are analyzing, further enriching class discussion and student's understanding.
4.  Discuss with students the positive and negative aspects of using these types of historical sources.  How do they reinforce information in the textbook?  Do they make learning about the First World War more realistic and/or interesting?  Are they, as sources, more or less authentic/valid as information presented in the textbook?
Memoirs and personal recollections:
World War I poetry:
Photographs/Drawings:

How to do it:
1.  Provide a good overview of life on the home front, including the reality of mobilizing a civilian population for total war, the increased power of centralized governments, and the role played by patriotism and nationalism, i.e. how to explain, at least in part, the enthusiasm with which the war was greeted.
2.  Divide the students into small groups, assigning each group one of the following types of sources: political cartoons, propaganda posters and postcards.  Have each group analyze their assigned images, paying careful attention to chronological order if that information is provided.  Have the students find common trends in the materials across different countries.  Have them also track if or how the message of the images changed as the war continued.  Lastly, have the students examine how the opposing side is characterized in the images.
3.  Have the students pick one or two of their images to share the answers to the questions posed above with the entire class.
4.  Following student-led discussions of images, bring the exercise to a close by linking back to the lecture of point one.