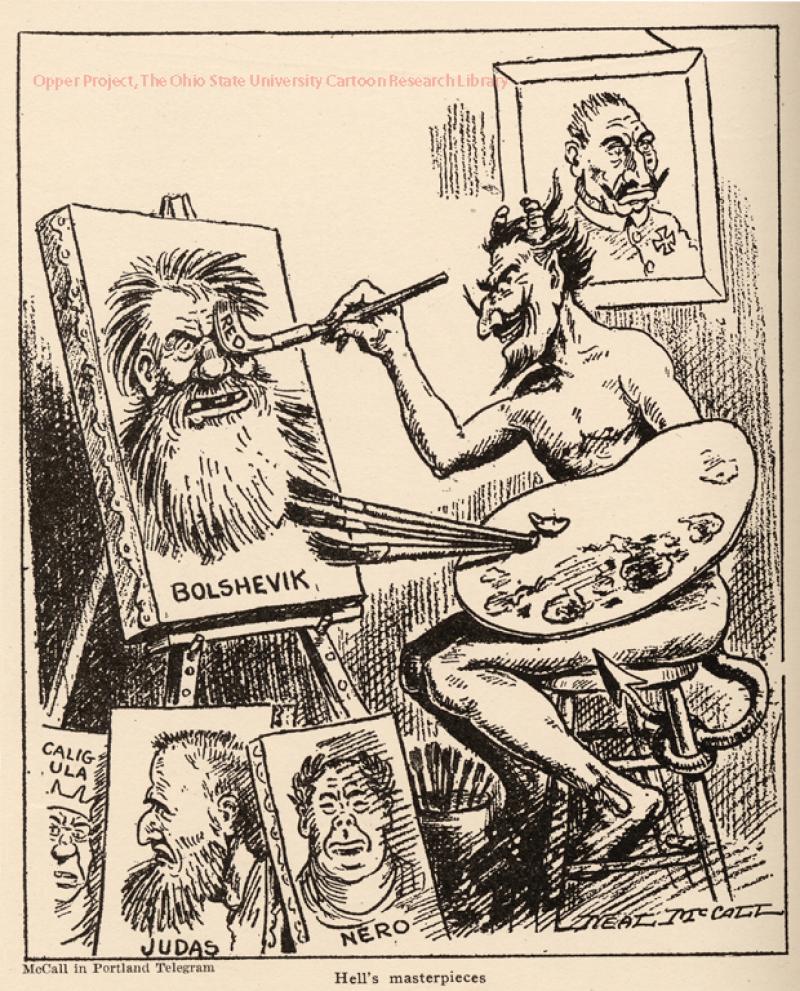 Following the end of World War I, in 1919 and over the next few years, the United States experienced an economic recession and a large number of labor strikes. Meanwhile, the 1917 Russian Revolution had brought the anti-capitalist Bolsheviks, or Communists, to power. The result was a “red scare” in which many Americans feared that radical immigrants and home-grown revolutionaries threatened the U.S. government and capitalist economy.

This cartoon places the influence of Bolshevism in a long line of works of the devil, including Nero, the Emperor who “fiddled” while Rome burned; Judas Iscariot, who betrayed Jesus Christ to the Romans; Caligula, the tyrannical Roman Emperor; and the recently defeated German Kaiser, Wilhelm II.