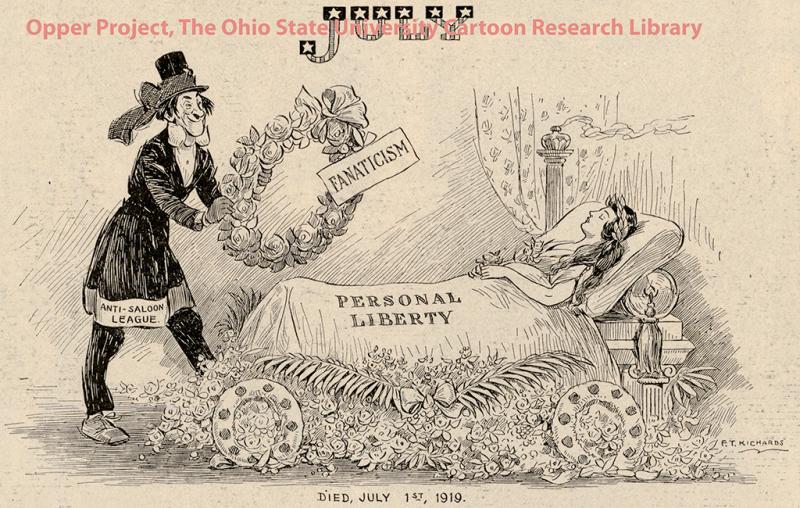 The National Prohibition Amendment was ratified by the United States in 1919 and took effect at midnight 16 January 1920 (one year to the day after achieving ratification). The amendment banned the "sale, manufacture, and transportation" of alcoholic beverages. The move was supported by people who were against liquor for a variety of reasons: the Women's Christian Temperance Union thought drunkeness was immoral and resulted in harm to women and families, business owners felt that alcohol contributed to absent or ineffective workers, and others simply felt that the country was better of without alcohol. One of the major groups that worked for passage of the amendment was the Anti-Saloon League. Opponents of Prohibition argued that preventing Americans from drinking was a violation of their rights and liberties. They a