Sheet Music in the Great War 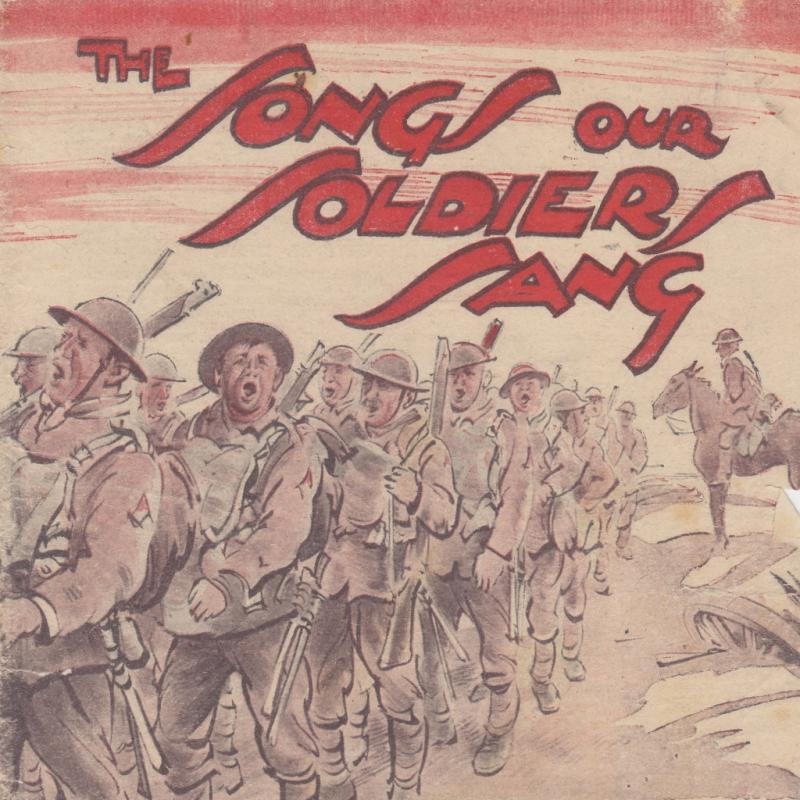 Although I will use this primarily for AP European History it could be used for grades that need to show mastery of World War One.

Sheet Music that I own from 1917-18 from the United States.  Covers and lyrics can be found in the related PowerPoint presentation Sheet Music in the Great War.
You can hear performances of some of these on apps.carleton.edu, ww1photos.com, and http://firstworldwar.com/audio/index.htm.
The best on line primary source for music of that time period is parlorsongs.com.

Summary of the Lesson:

Propaganda has been a part of every war in one way or another.  It was in the Great War that the use of the print media and music became an important part of America's war effort.  In this assignment I would like to look at sheet music in one of three ways: titles, cover art, and lyrics.  All three played an important part on how the American public would view and support the war.  By viewing original works of sheet music in digital form or their original format students will be able to see how sheet music was used to get America's behind the war effort.
One could split these hundreds of songs into numerous categories but for sake of the classroom I have classified them as follows:
Reaching out to our Allies -  a) Good-Bye Broadway, Hello France b) Song of Arc They Are Calling You  c) My Belgian Rose d) War Babies
Playing Patriotic Heart Strings - a) Over There b) Lafayette We Hear You Calling c) Just Like Washington Crossed the Delaware, Pershing Will Cross the Rhine
Songs of Sentimentality - a) Three Wonderfully Letter From Home b) I May Be Gone For a Long, Long Time c) Don't Cry, Little Girl, Don't Cry
Novelty Songs: K – K- K- Katy, We Don’t Want a Piece the Bacon – What We Want Is a Piece of The Rhine, If He Can Fight Like He Can Love Good Night Germany, Oh – How I Hate to Get Up in the Morning, Wee, Wee, Marie (Will You Zis For Me)
Give students a copy of the Sheet Music Cover Analysis Worksheet and the Document Analysis Worksheet.
Project or print out a slide from the Sheet Music in the Great War PowerPoint with a sheet music cover and lyrics.
Fill out the worksheets with the students.
Next, divide students into groups of 2 to 4 and give each group a printout of another slide  from the Sheet Music in the Great War PowerPoint. You can use as many or as few of the images as you want.
Each group will complete another Sheet Music Cover Analysis Worksheet and Document Analysis Worksheet for their song.
The groups report back to their findings to the whole class.

Evaluation of the Unit:

Class room participation – Students can be shown various sheet music covers and lyrics.  Have students discuss how they view the usage of images and lyrics to make propaganda work.  Ask students if images and lyrics push the limits on what is true.  Examples would be the sinking of the Lusitania, the Hun or the war babies of Belgium.
Students download one or multiple examples from the project and write what techniques are being used to persuade people to support the war.

Students could create their own with cover art, lyrics and title and then share with class – extra could be given to those who express exceptional creativity.
Students could investigate music as propaganda in other wars such as World War II, Vietnam, or the current Middle Eastern conflict.

What would be needed to prepare students for the lesson?

This lesson would be used at the beginning of the unit on the Great War. In AP European History we would have looked at the run up to the war with a look at alliance, imperialism, industrialism, urbanization and all that came as a result of these.
Created by Dale Schilling, Cuyahoga Valley Christian Academy