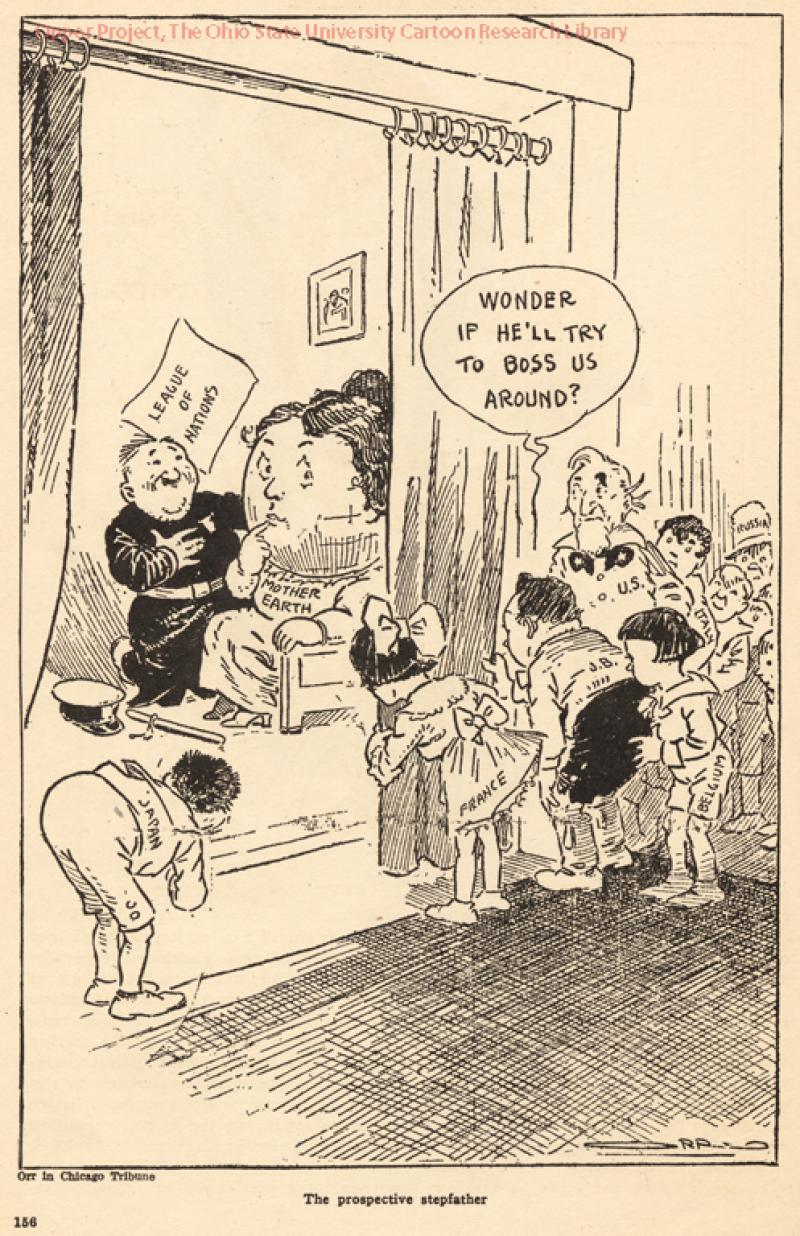 Reprinted from the Chicago Tribune in Cartoons Vol. 15, No. 2

The proposal for a League of Nations was the fourteenth of President Woodrow Wilson’s 14 Points, which were the terms he took to the Paris Peace Conference at the end of World War I. The League was designed to handle global diplomatic problems before they turned into wars and was the most controversial part of the final treaty. Many Americans thought that it would involve the United States in more global conflicts. Other countries were concerned that it would be too strong and take away their liberties, a concern addressed by young John Bull.