What Shall We Do With Our Boys? 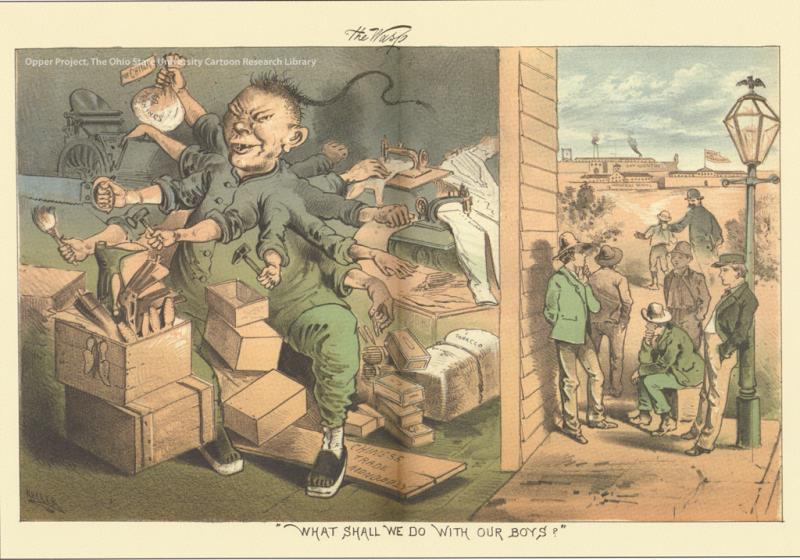 San Francisco received many Chinese immigrants because of its geographic position and the economic opportunities California offered. The Chinese Exclusion Act of 1882, a proposal to outlaw most Chinese immigration  was under debate at this time and several California publications, including The Wasp, tried to influence Congress to pass this law. Many Americans opposed Chinese immigration, arguing that the Asians were willing to do manual labor for low wages and took jobs away from American citizens.