This Encounter Does Not Seem, At Present, Exactly A Happy One For Poor Cuba 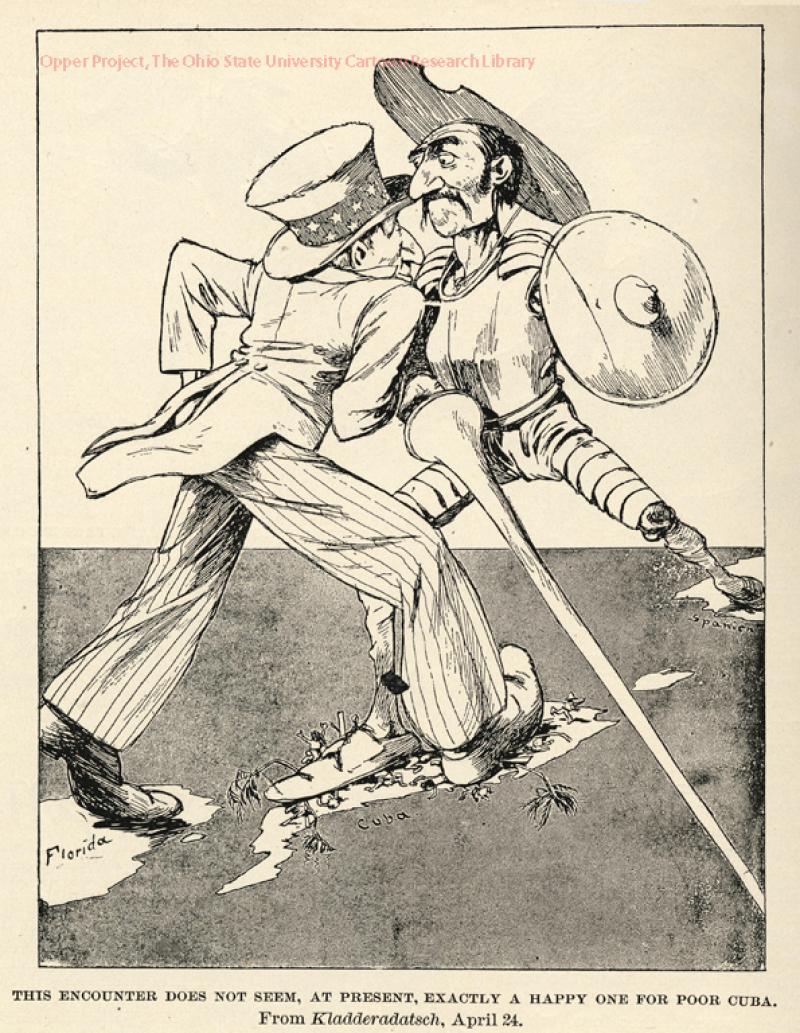 Stepping across the ocean, the United States and Spain clash over Cuba. In 1895, Cuban revolutionaries began fighting for independence from Spain. The Spanish response was draconian under Spanish General Valeriano (“Butcher”) Weyler. Many Americans wanted to help the Cubans, both because they supported independence for the island and because they believed an independent Cuba would prove to be a better trade partner for the United States. When the U.S.S. Maine blew up in Havana harbor in 1898, the Spanish were blamed, and the US and Spain went to war.

Political cartoons in 19th Century often depicted America as a woman, Columbia. During the Spanish-American War, many cartoons began to depict the United States as a man, Uncle Sam, as seen here. Note that this cartoon was originally published in the German magazine Kladderadatsch on April 24, 1898.