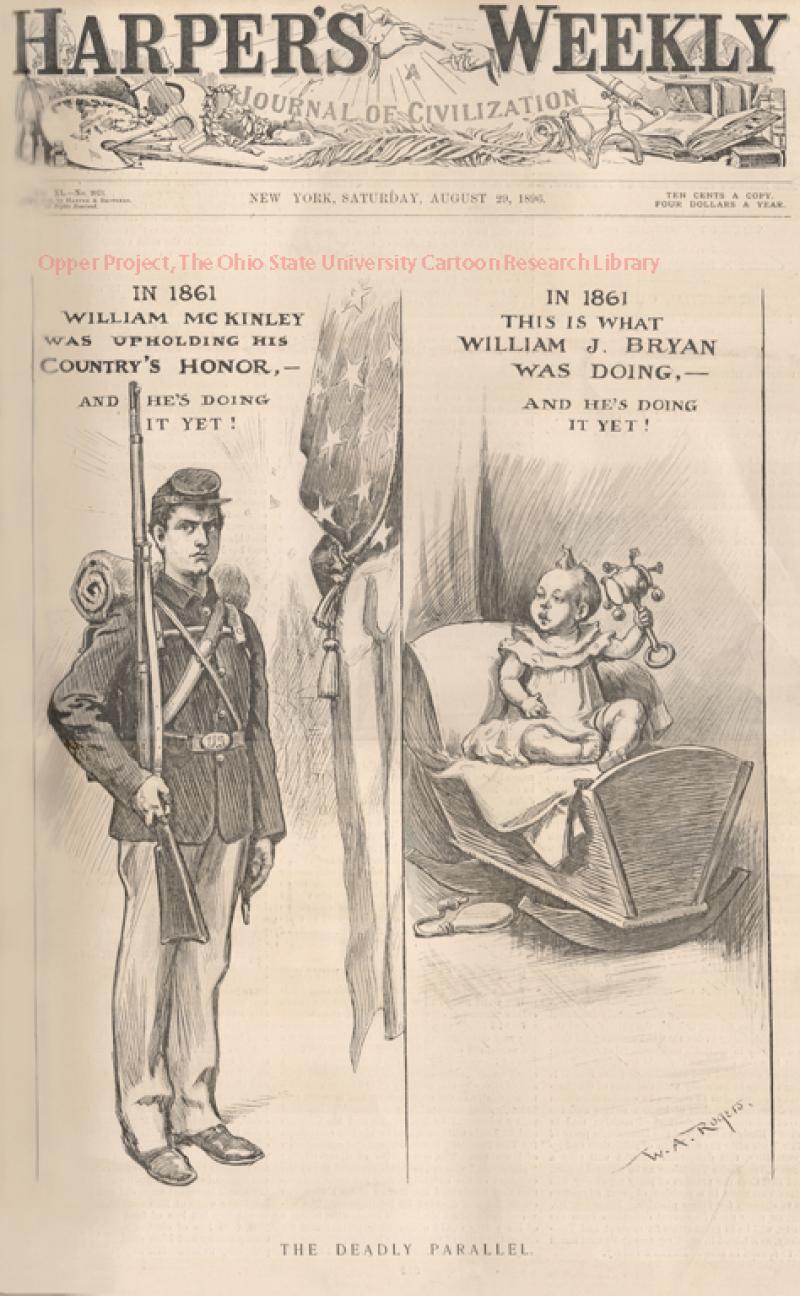 The 1896 election pitted Republican William McKinley vs. Democrat William Jennings Bryant. McKinley was a Civil War veteran, and used that heritage to help him secure victory in 1896. Bryan was a political unknown and rather young, still in his thirties. Bryan's main platform was the free coinage of silver, outlined in one of the most famous speeches of the late 19th century, "Cross of Gold." His points were viewed by some as naïve and unsettling, the trademarks of rash youth. Bryan's campaign was conceived by opponents as being sectional and regional, pitting the rural, the poor, and the immigrant against the urban, native, and the middle-class/rich.