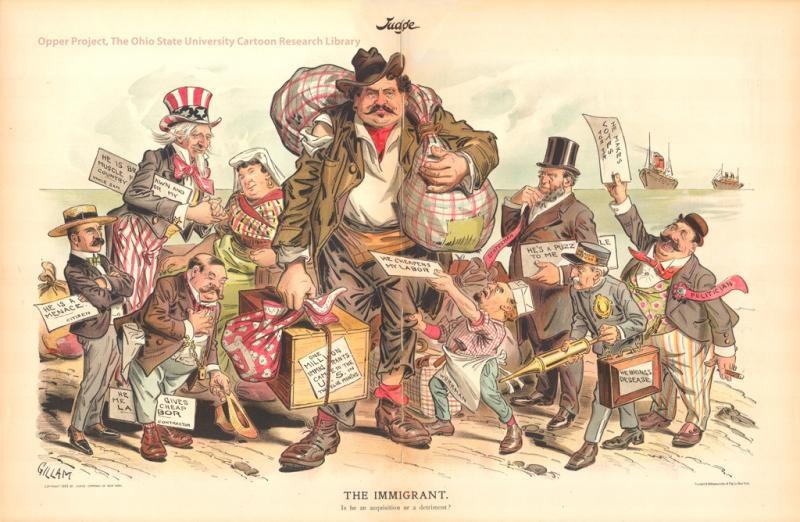 In the mid-1880s the number of immigrants to the United States from northern and western Europe declined sharply. At the same time, the number of immigrants from southern and eastern Europe greatly increased. The changing pattern of immigration concerned many Americans. Different perspectives on immigration are personified in this cartoon:  Uncle Sam is looking for hard workers to fill the nation’s factories. The political boss wants the immigrant vote. The contractor is looking for cheap labor. The health inspector worries that immigrants carry contagious diseases. The worker fears lowered wages because immigrants were willing to work for less. The middle class man claims the new immigrants are a menace because they represent “inferior” European “races” and religions.