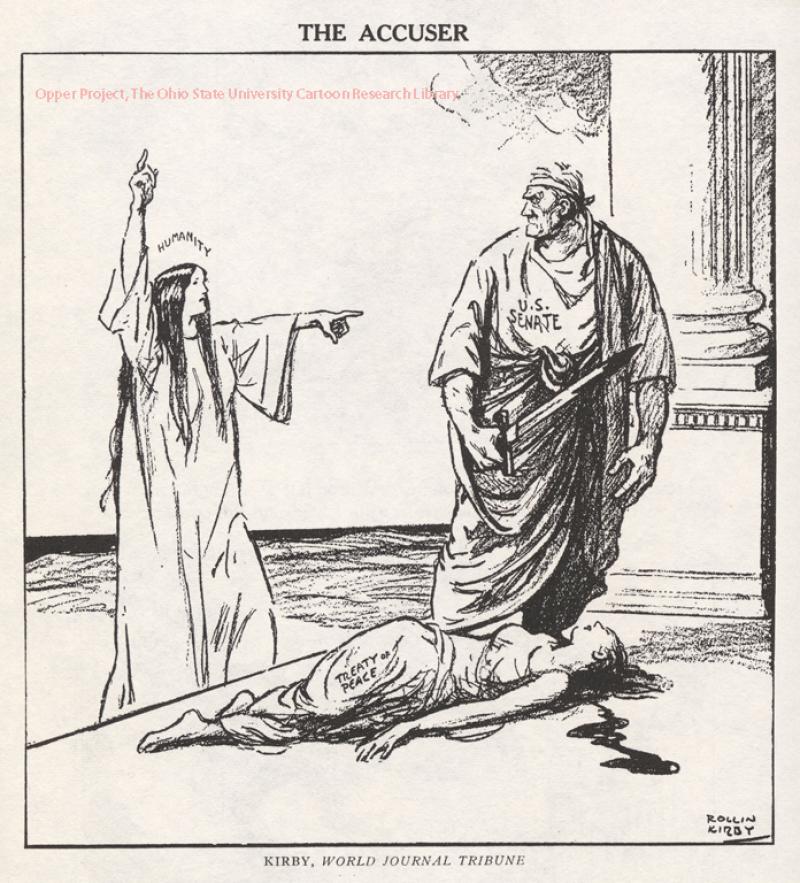 The proposal for a League of Nations was the fourteenth of President Woodrow Wilson’s 14 Points, which were the terms he took to the Paris Peace Conference at the end of World War I. The League was designed to handle global diplomatic problems before they turned into wars and was the most controversial part of the final treaty. Most United States senators believed that it would not allow America to remain neutral toward European problems, and voted against joining the League. Some critics of the Senate’s actions feared that without the United States in the League, the peace would be temporary. In this cartoon, the Senate is depicted as the ancient Roman senator Brutus who treacherously (some would say treasonously) murdered Caesar (the peace treaty).