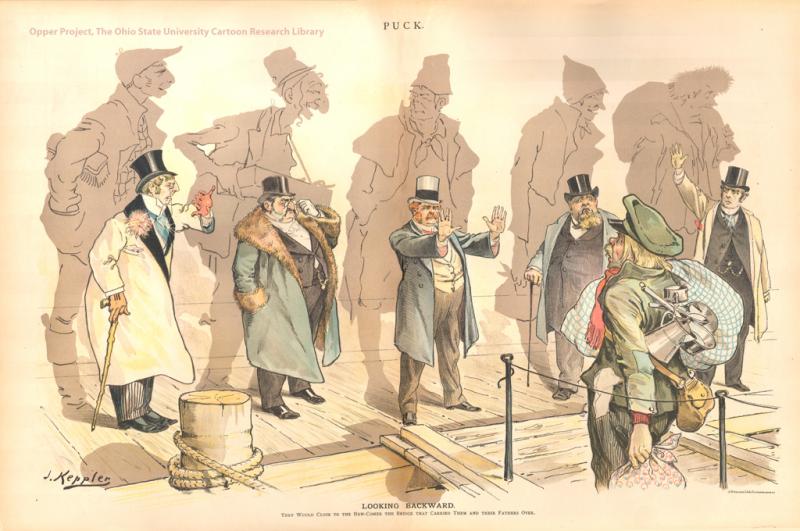 In the mid-1880s the number of immigrants to the United States from northern and western Europe declined sharply. At the same time, the number of immigrants from southern and eastern Europe greatly increased. The changing pattern of immigration concerned many Americans who believed the newcomers represented, in the language of the time, inferior “races” of Europeans. The new immigrants were overwhelmingly non-Protestant Christians—either Roman Catholic or Orthodox—or Jewish and thus not Christian at all, which disturbed many Protestant Americans. This cartoon makes an ironic commentary on the children of immigrants rejecting the arrival of new immigrants.