Where in the Universe is the Earth? 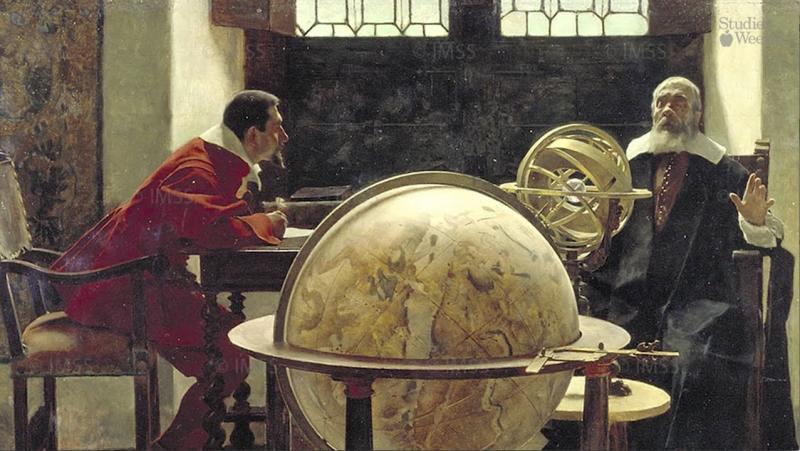 Students will engage in the reading of primary sources from the Scientific Revolution which include excerpts of the following: Ptolemy, That the Earth Performs No Progressive Motion, Copernicus, On the Revolutions of the Heavenly Spheres, and Galileo, Letter to the Grand Duchess Christina.  The readings will allow students to gain insight into intellectual thought concerning the positioning of the earth in the universe and how viewpoints have changed throughout time.

Ptolemy, That the Earth Performs No Progressive Motion ( pdf)
Copernicus, On the Revolutions of the Heavenly Spheres, Preface to Pope Paul 111. ( pdf)
Letter of Galileo to the Grand Duchess ( pdf)

The teacher will begin the lesson with an introduction of the differences between the Geocentric and Heliocentric models of the universe using these resources:
Difference-between-geocentric-and-heliocentric ( pdf) (from universetoday.com)
Ptolemaic System ( pdf)
Copernicun System ( pdf)
The teacher will then give the students a biographical background on Ptolemy, Copernicus, and Galileo using the bigraphies from the Galileo Museum:
https://catalogue.museogalileo.it/biography/ClaudiusPtolemy.html
https://catalogue.museogalileo.it/biography/NicolausCopernicus.html
https://catalogue.museogalileo.it/biography/GalileoGalilei.html
Next, the students will be divided into groups of three.  Each student will be responsible for one of the three primary source readings.  After having completed their assigned reading, the students will be asked to complete a document analysis worksheet.
The students will then discuss their analysis of the reading, comparing and contrasting their findings on Ptolemy, Copernicus, and Galileo.  They are to discuss such items as the geocentric and heliocentric models of the universe as well as the influence the church had over beliefs of the time.
Finally, the students will develop role plays inspired by their sources.  Each student will be required to take on the role of their subject.  They will work together to create a role play of what would happen if there was a meeting between Ptolemy, Copernicus, and Galileo.  They would discuss their differences in thought on the positioning of the earth in the universe.  The students will have complete artistic interpretation and will develop role plays using the information from their readings and analysis, being given the opportunity to dress in character.  Once completed, the students will present the role plays to the class.

The teacher will assess the data analysis worksheets and grade the role plays using this rubric from edu.gov.