Favors Always for the Few 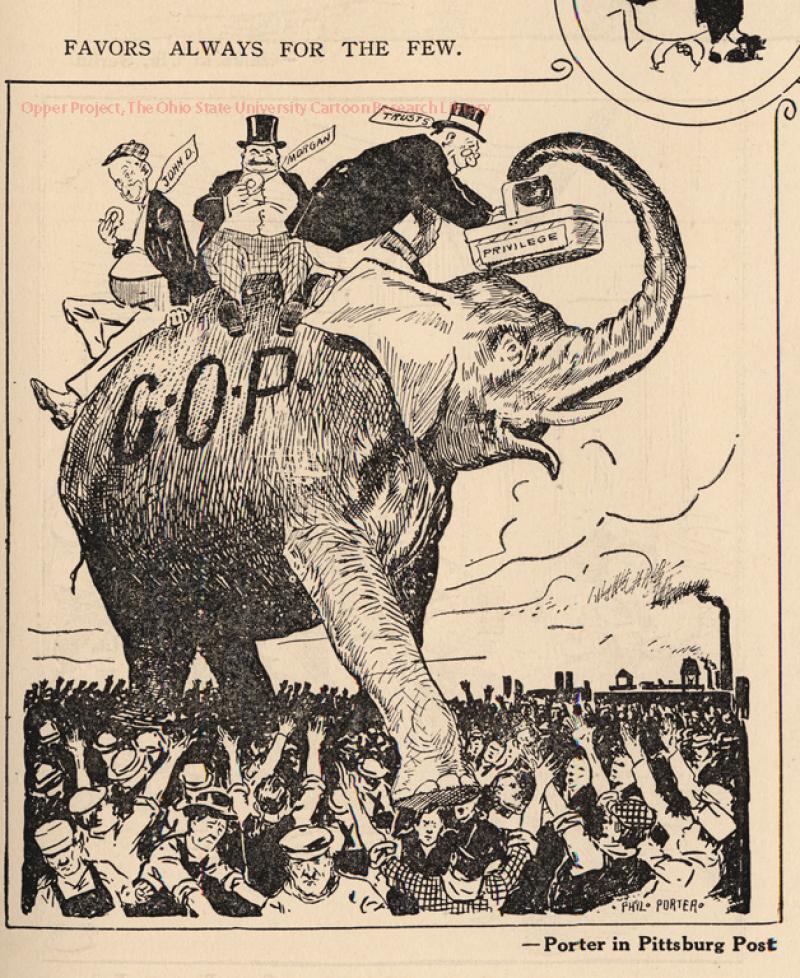 In 1912, many perceived Taft and the Republican Party to be more sympathetic to the giants of industry than to workers. Roosevelt's Bull Moose Party supported labor unions and the eight-hour day, as did Wilson and the Democrats.