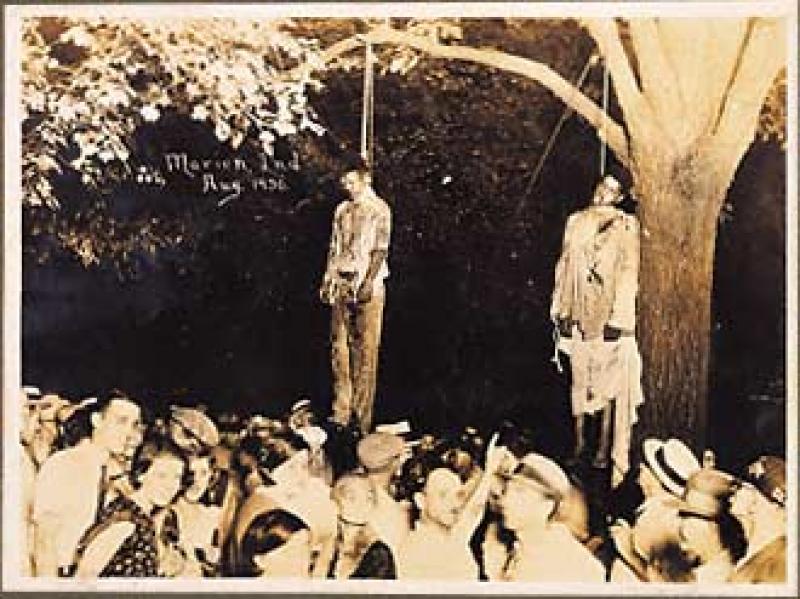 Introduce students to the history of racial violence by having them read a brief narrative listed on The Negro Holocaust.
Next, have students view images available on line as well as listen to interviews with survivors of racial violence.  Students should focus their attention not only on the physical evidence, but also on reasons behind the violence.  Use the following sites as guides:
Without Sanctuary: Lynching Photography in America (Photos). Pictures available at this site are usually accompanied by a brief history of the victim in the picture.
Without Sanctuary: Lynching Photography in America (Flash Movie).  A short movie along with a narrative by the author of the book Without Sanctuary describing his quest to acquire lynching photographs.
Burned into Memory (Real Audio).  Students can listen to a clip in which an African-American man describes mob violence in Florida.  The audio is accompanied by a transcript.

This lesson concludes by providing students access to some societal responses to racial violence, including that of Ida B. Wells-Barnett, a leading African-American anti-lynching crusader.
Women in History: Ida B. Wells Barnett: Provides a brief biography of Wells and access to excerpts from some of her writing on lynchings.
Benjamin "Pitchfork Ben" Tillman: Excerpt from a speech from Senator "Pitchfork Ben Tillman" of South Carolina justifying racial violence against African-Americans.
Have students address the following questions:  How did Wells use the emergence of mass communication to her advantage?  How did she depict lynchings?  How did Tillman defend lynching?  Why was this effective?  How do Tillman's words relate to later arguments during the civil rights movement?
After studying these elements, use the questions listed in the Negro Holocaust to focus discussion.