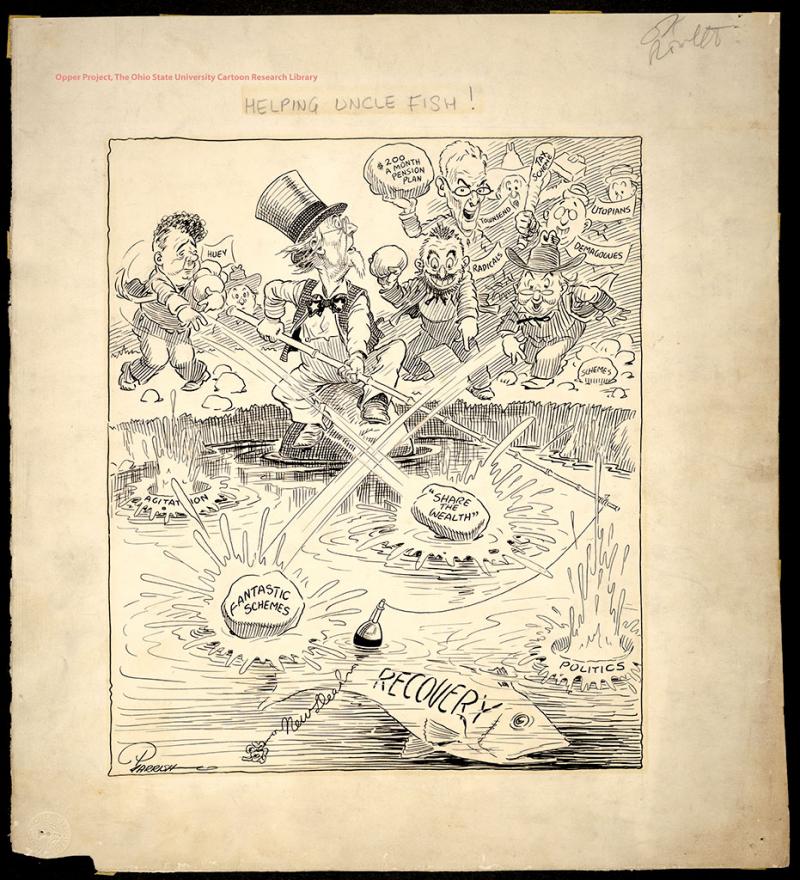 During the Great Depression, many Americans had ideas about how to bring an end to the economic crisis. Huey Long was a Louisiana politician who proposed that wealth should be redistributed throughout the economy so that the rich would share their money with the poor. A few politicians suggested providing a monthly payment for American people that would provide relief to their family and introduce cash into the economy. For instance, Francis Townshend proposed providing an “old age pension” for the citizens over 65, and this proposal influenced Roosevelt’s Social Security plan, which we still have today. Some radical agitators hoped to introduce socialism as an alternative to capitalism. Meanwhile, President Franklin Delano Roosevelt offered a moderate solution aimed at preserving the capitalist system. Roosevelt’s New Deal focused on the “Three Rs”: Relief, Recovery and Reform. While the New Deal incorporated some aspects of these other ideas, it was more conservative than many of the proposals and didn’t satisfy everyone.