The Epic of Stalingrad 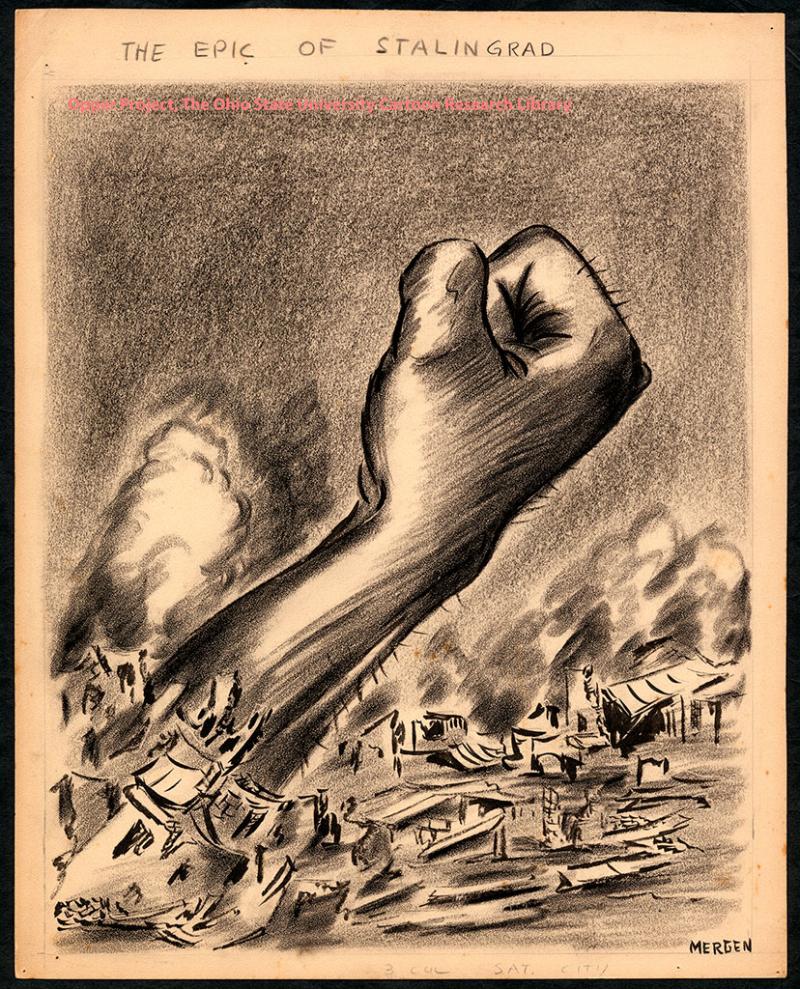 During World War II, there were two main sides of the war: the Axis Powers and the Allied Powers. The main Axis Powers were Germany, Italy and Japan. The main Allied Powers were Great Britain, France, the Soviet Union and the United States. In Europe, the Allies fought on two fronts, the Eastern and the Western, to stop the advancing German army under the leadership of Adolf Hitler. The Battle of Stalingrad took place on the Eastern front of the European theatre of World War II between August 1942 and February 1943. The battle began with a German invasion of the city of Stalingrad, which was then met with a counteroffensive by the Soviet army. The battle is considered the bloodiest in human history, with casualties for both sides combining for over 1.5 million killed or wounded. When the Soviets ultimately prevailed, the battle marked a major turning point in the war, putting momentum behind the Allies. This cartoons depicts the rising tide of the Soviet counteroffensive.