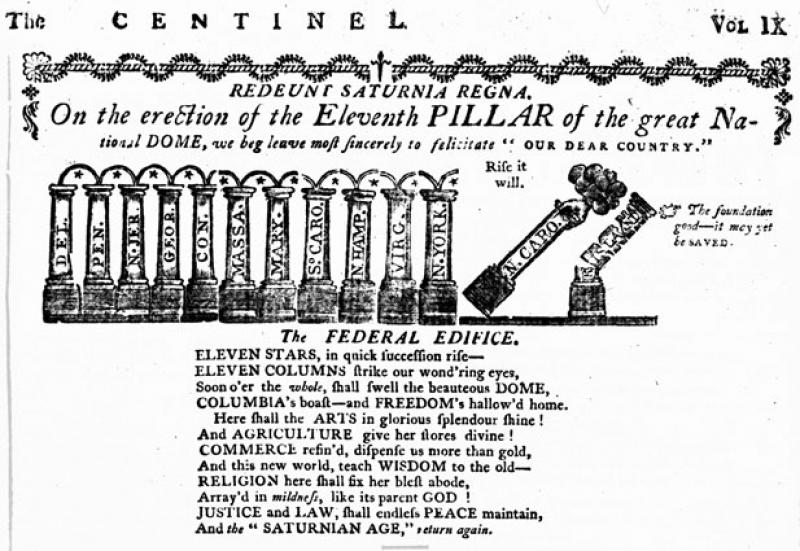 1. Hook:  I place a current political cartoon on the smartboard for discussion.
2. Pass out the Cartoon Analysis worksheet.
3. Discuss the questions on the sheet so students know what they mean.
4. Pass out the cartoon “The Federal Edifice” and have students work with a partner to go through the questions posed on the document analysis sheet.
5. Discuss as a group the questions they have (probably the translations)
6. Discuss if a federalist or an anti federalist wrote this cartoon. Why do you think so?   What is the main message of the cartoon?
7. Review the views of the Federalists and how this cartoon emphasizes these principles.

As a post assessment, the students will write a letter to the editor as a Federalist or Anti Federalist including their views and why they feel the way they do. I also have them create a political cartoon to accompany their view towards the constitution.