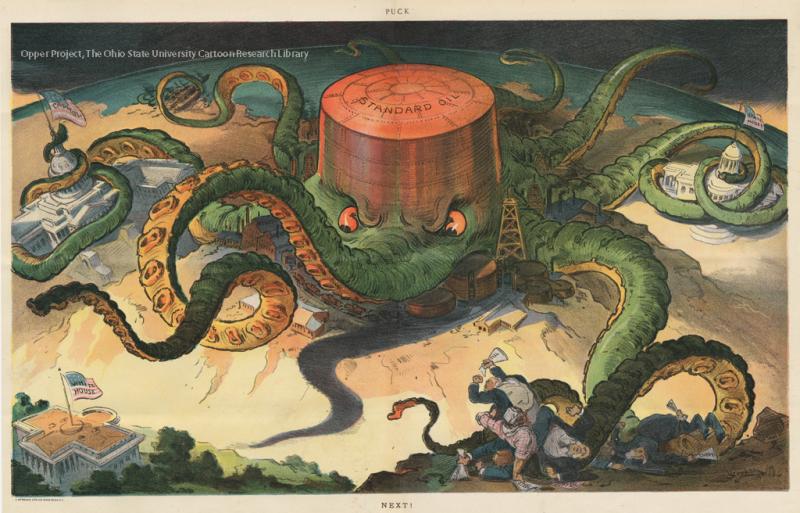 John D. Rockefeller’s Standard Oil was one of the biggest and most controversial “big businesses” of the post-Civil War industrial era. As result of highly competitive practices, by the 1880s Standard Oil had merged with or driven out of business most of its competitors and controlled 90% of the oil refining business in the U.S. In addition to this process of horizontal combination, Rockefeller vertically integrated to control every facet of oil production. Standard Oil owned not just refineries, but oil wells, pipelines, retail distribution outlets. Businessmen and politicians challenged the power of Standard Oil in court and legislation, but the firm continued to evolve, survive, and dominate the oil business. Many critics complained that Standard Oil had become too strong and exerted influence on the government itself. Standard Oil was finally split up into thirty-eight companies by a 1911 Supreme Court anti-trust ruling.