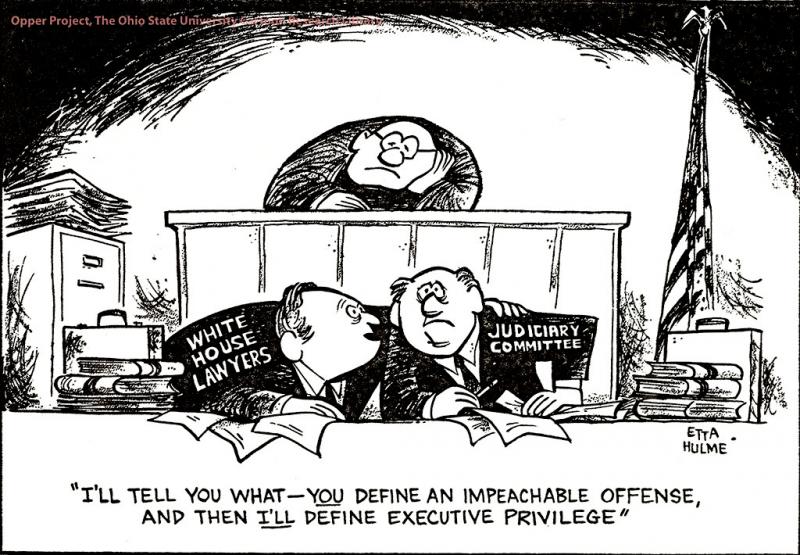 Richard Nixon was elected to the presidency in 1968 as a Republican. In 1972, Nixon ran for reelection. Because of Nixon's characteristic paranoia regarding his political opponents, his staff formed the Committee to Re-Elect the President (CREEP), which carried out various forms of political sabotage to prevent Nixon's defeat. One of the most egregious forms of sabotage occurred in 1972 when people affiliated with Nixon's campaign and CREEP broke into the headquarters of the Democratic National Committee at the Watergate Hotel in Washington D.C. with the intent to tap the phones. They were arrested, and the publicity surrounding this event threatened Nixon's reputation. At the time, Nixon tape-recorded all conversations that took place between him and staff, and once word of the existence of tapes possibly containing conversations regarding the scandal surfaced, and the House Judiciary Committee demanded the tapes be turned over to them. Nixon's lawyers claimed that the contents of the tape were protected by the presidents "Executive Privilege" - a claim the president and his cabinet hold to resist certain warrants and investigations. The claim to Executive Privilege by the president is not in the constitution, and the limits of that privilege are subject to debate. This cartoon depicts the July 1974 US Supreme Court hearing on the case of the tapes. In the cartoon, Nixon's lawyers appear to be bartering with the Judiciary Committee to define "Impeachable Defense" and "Executive Privilege" in ways that make the president unimpeachable under his undefined powers. Ultimately, the US Supreme Court ruled unanimously that the tapes must be turned over.