Returned Soldier: I should have stayed home and fought for liberty. 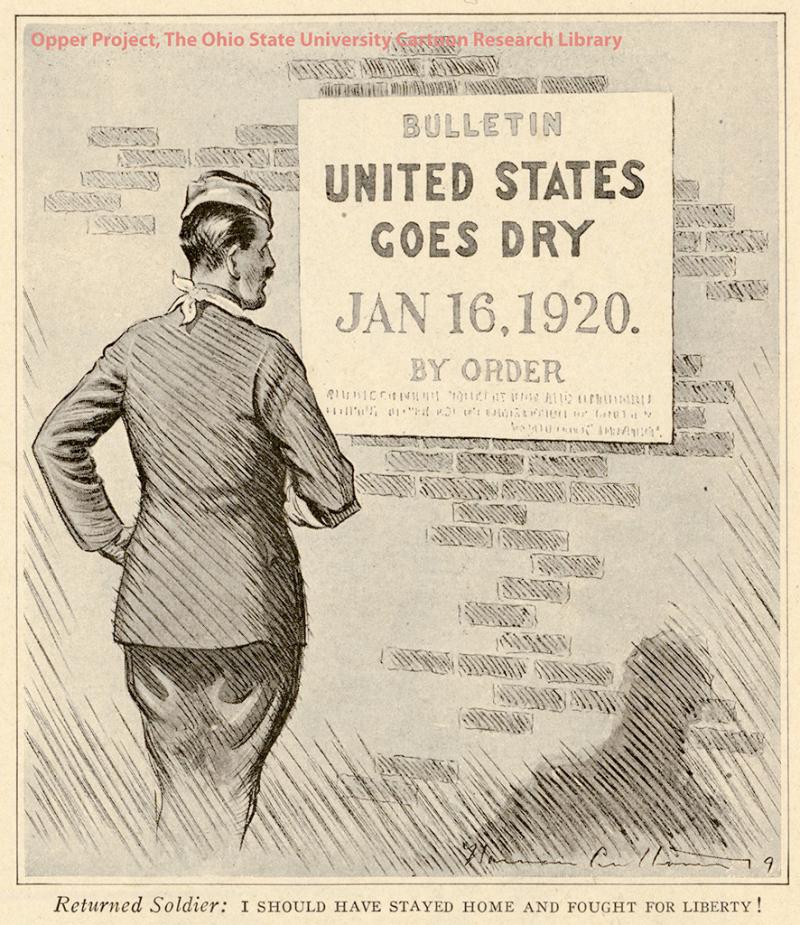 The National Prohibition Amendment was ratified by the United States in 1919 and took effect at midnight 16 January 1920 (one year to the day after achieving ratification). It was repealed by amendment in 1933. The amendment banned the "sale, manufacture, and transportation" of alcoholic beverages. Opponents of Prohibition argued that American soldiers were returning from Europe as victorious veterans, and even though they had fought against the forces of totalitarianism, making "the world safe for democracy," their liberties were being curtailed by anti-liquor interests in America.