You May Force Us to Do Something About This! 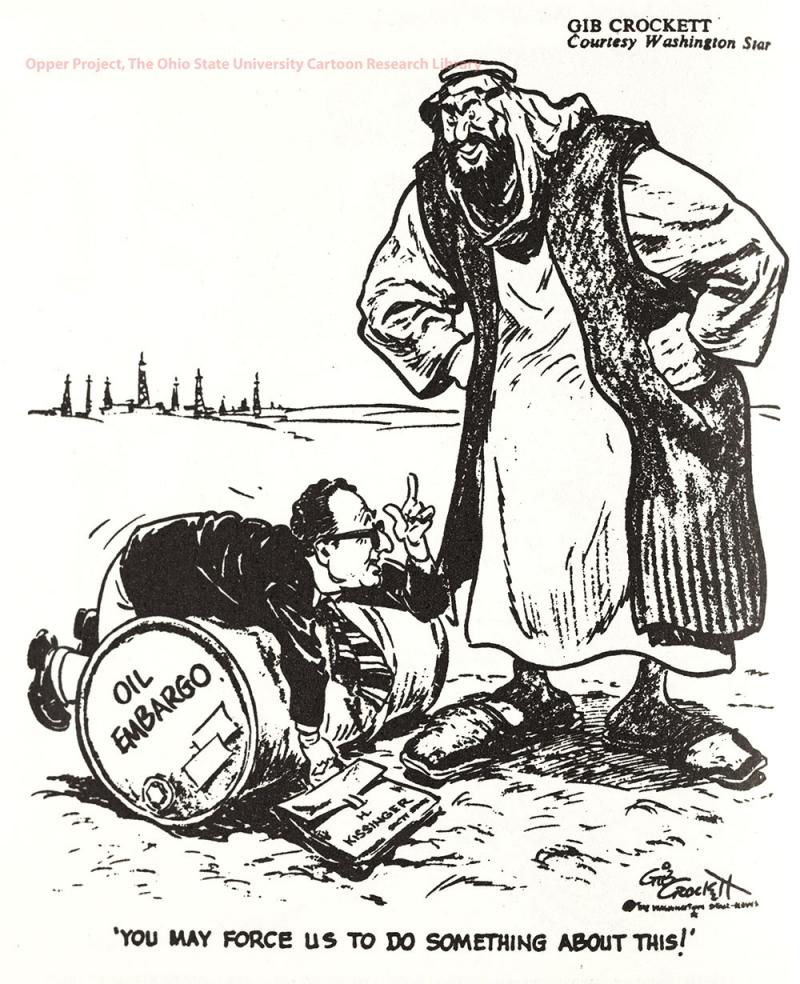 Reprinted in Best Editorial Cartoons of the Year 1975.

In 1973, the Organization of Petroleum Exporting Countries (OPEC) decided to withhold shipment of oil to countries that supported Israel in the ongoing war between OPEC countries (and Syria and Egypt) and Israel. The embargo was lifted in 1974, but OPEC took additional measures to increase the price of crude oil on international markets, making the price of gasoline for the consumer skyrocket. Referred to as the Energy Crisis, these events exposed the dependency of the West on the oil of Arab countries. Western economies suffered severe economic recession coupled with inflation. Because of fuel shortages, many consumers waited hours in line for gasoline. Blackouts and energy shortages made everyday activities like heating a school or powering a factory subject to interruption or complete shutdown. The situation was a nightmare for President Nixon and his diplomatic staff (here represented by Henry Kissinger) who were fiercely defending America’s dominant influence throughout the world ( also called hegemony). The embargo and the crippling economic effects in the United States were clear examples of American weakness and dependency, an awkward exposure of American vulnerability in the middle of the Cold War.