As Ye Sow, So Shall Ye Reap 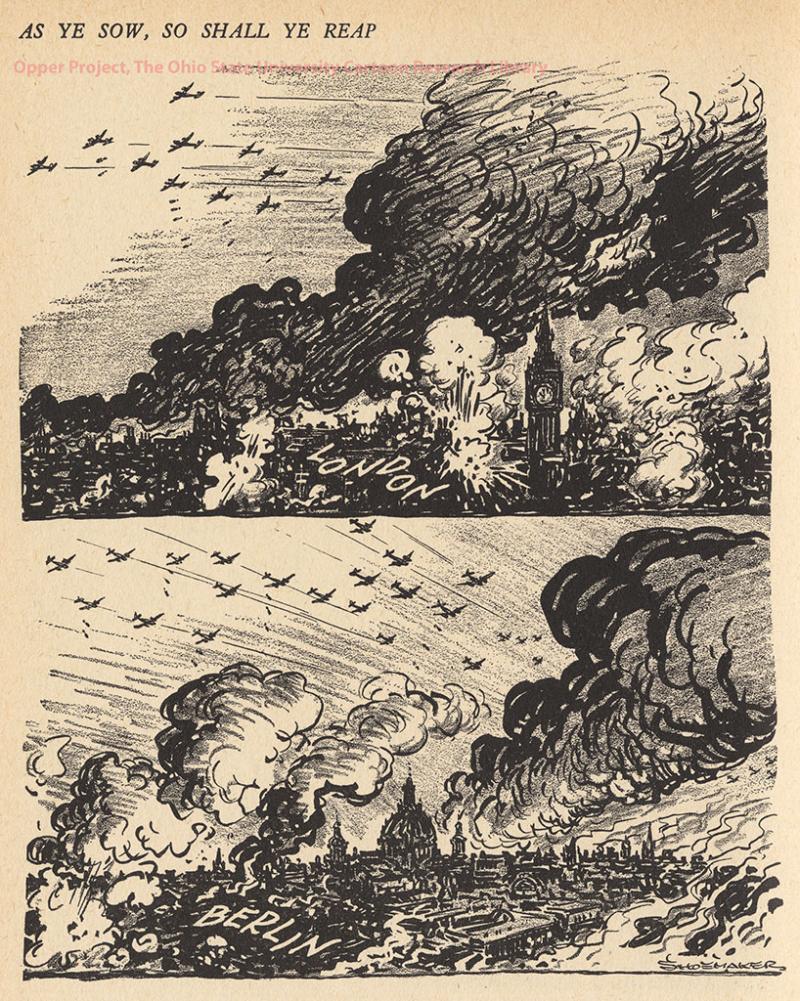 During World War II, there were two main sides of the war: the Axis Powers and the Allied Powers. The main Axis Powers were Germany, Italy and Japan. The main Allied Powers were Great Britain, France, the Soviet Union and the United States. In Europe, the Allies fought on two fronts, the Eastern and the Western, to stop the advancing German army under the leadership of Adolf Hitler. After the fall of France, the German military turned its attention to Great Britain. Regular air raids began in 1940 and continued through 1941. The attacks were called “The Blitz,” short for the German word, Blitzkrieg, which means lightening war, and refers to the German strategy of rapid attack by land and, as in the case of the Battle of Britain, air. While munitions factories were the intended targets, collateral damage and heavy civilian casualties were sustained. The Allied Powers, specifically the British Royal Air Force, launched a retaliatory bombing campaign in November 1943, which lasted until March 1944. The main city targeted was Berlin, with the same goals of destroying war production factories and breaking civilian morale. This cartoon uses the biblical passage regarding retribution to suggest that the RAF bombing campaign was a justified and inevitable response to the Blitz.