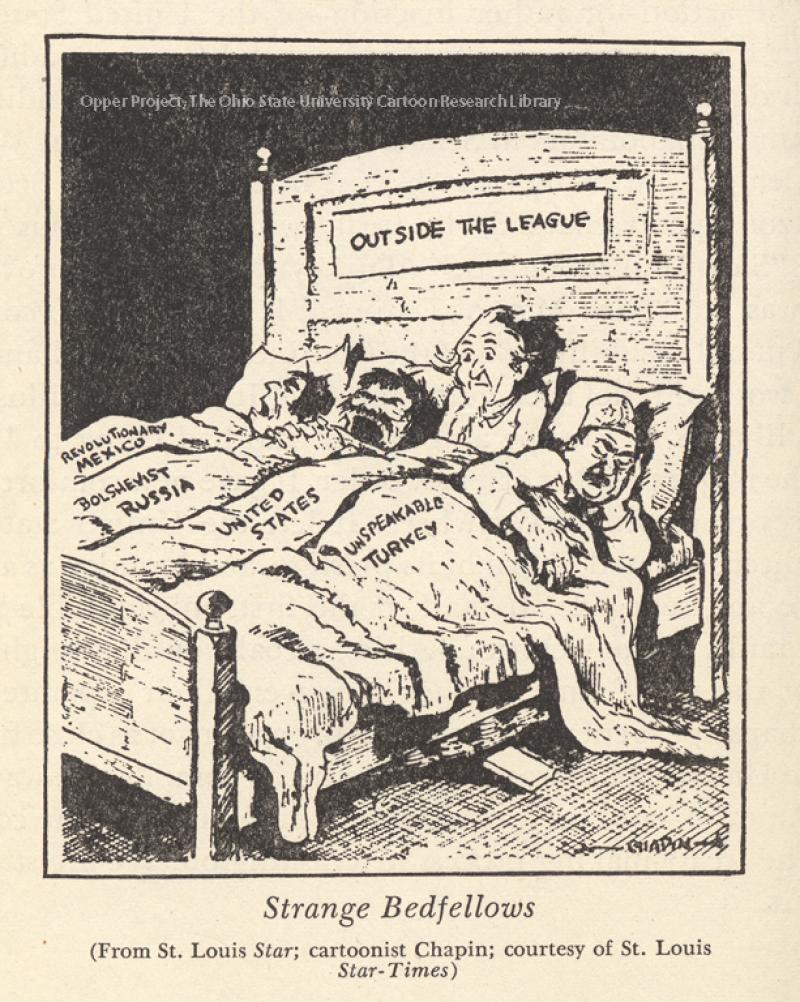 Reprinted from the St. Louis Star in Bailey, Woodrow Wilson and the Great Betrayal, 286.

President Woodrow Wilson’s 14 Points were the terms he took to the Paris Peace Conference at the end of World War I. The proposal for a League of Nations was the fourteenth point. The League was designed to handle global diplomatic problems before they turned into wars and was the most controversial part of the final treaty. When the Senate voted against joining Wilson’s League of Nations, it put the United States in unusual company, joining countries such as Mexico, Russia, and Turkey as those who failed to join the League of Nations. All three of those countries were undergoing serious political upheavals: revolution in Mexico surrounding Carranza, Zapata, and Villa; the Bolshevik revolution in Russia under Stalin and Trotsky; and a revolt in Turkey against Allied occupation under Ataturk.