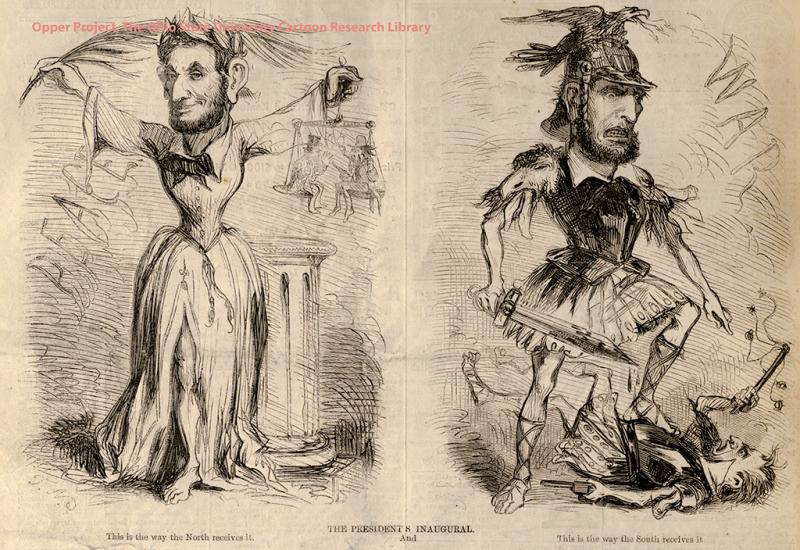 Abraham Lincoln was elected in 1860 amid rising regional tensions between the North and the South. While the issues that flared up were not immediately about whether or nor slavery should be legal, the problems essentially stemmed from this basic issue. Additionally, Lincoln was a northerner and he appeared to be sympathetic to abolitionists, and thus not a single southern state voted for him in the election of 1860. Still able to win a plurality of the votes and get elected, Lincoln's election signaled a major turning point in North/South relations. The two different views of his inauguration offered in this cartoon demonstrate the North's vision of him as a peaceful abolitionist and the South's assumption that he is bent on war and brutal retribution.