U.S. Constitution: The Powers of the Presidency 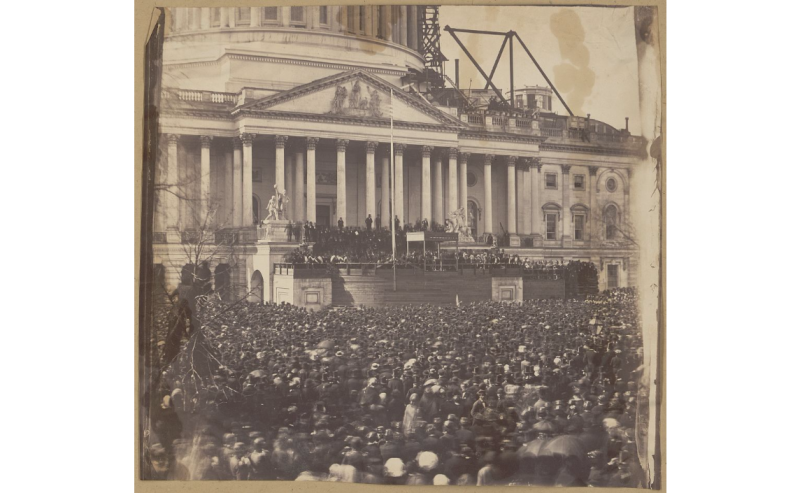 8th or higher (might be OK for high functioning 5th graders)

Primary Sources:
U.S. Constitution
Photo of Lincoln’s inauguration
The following letters from the Papers of Abraham Lincoln at the Library of Congress, American Memory.
The link above takes you to the main page of the Lincoln Papers. Find the letters by clicking on “search by keyword,” then cut  from the list below the" from name to name and date" information and paste in the search window and then click "search." The documents will come up.
Materials needed:
Copies of letters to make students packets, a copy of the Constitution (from their textbook or follow the link above). For follow-up activities students may need access to computers.

1. Discuss/review of the powers of the presidency including reading Article 2 again.
2. Students work in groups with packets which have copies of the primary documents with the exception of the primary source dealing with suspension of habeas corpus. Students are to read each document and then underline the phrases that indicate which presidential power is being carried out or requested.
3. Students write the line from the Constitution that gives the president this power. After class discussion, see if all students came to the same conclusions.
3. Handout the primary source dealing with habeas corpus and see if students can identify what presidential power is being used here and what personal right is being taken away.
4. Have  students find in the Constitution where the right of

Assessment is up to you:

This activity could be greatly expanded by having students explore the web site and letters and find other example of presidential power.
Habeas Corpus Activity.   Look at the conditions under which Lincoln made his decision to suspend the writ of habeas corpus and whether or not he was correct.  Within the American Memory- Abraham Lincoln Papers of the Library of Congress, there are many other letters that either support or argue against Lincoln’s decision.  Simply type "habeas corpus" in “search key word” .  Students could do their own searches, find primary sources, and then debate the point of views that are presented in the letters.
The Emancipation Proclamation could also be used to discuss how far the power of the presidency reaches.
The activity could also be expanded to explore these same ideas with the Nixon/Ford administration (pardons, commander-in-chief, presidential privilege, impeachment, & 25th amendment).
Prepared by Rebecca McKinnell, Crestline Village Schools, Ohio.