The History of Arms Reduction Talks 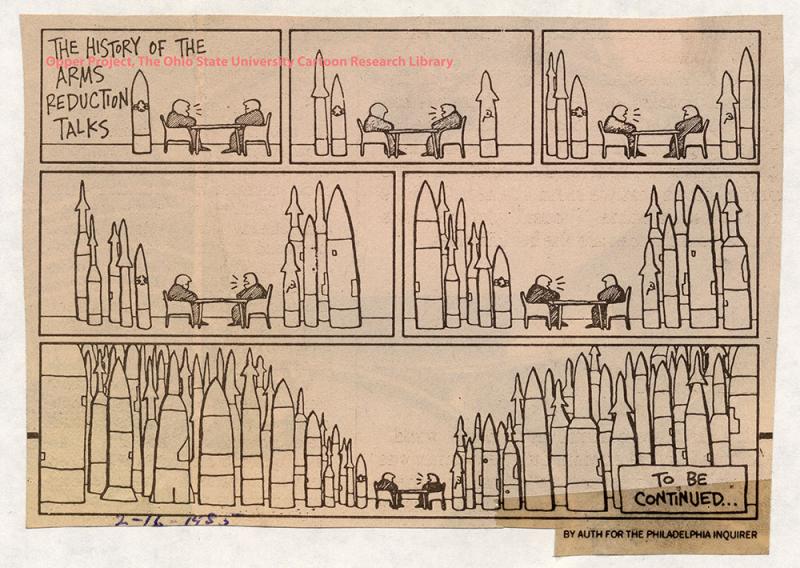 The conflict between the United States and the Soviet Union (or Russia) in the last half of the twentieth century is called “the Cold War” because it never escalated into full-fledged battle, the United States vs. Russia, democracy vs. communism. Americans felt that communism was antithetical to the American system, and characterized the Soviet government as bent on dominating the world. By 1985, however, Americans had grown accustomed to the idea of “détente,” or the relaxing of tensions, which called for a cooling off of the arms race. In the 1970s, US and Soviet leaders had agreed to many treaties that would put limits on arms production, for example the Strategic Arms Limitation Treaties, or SALT I and II. Ronald Reagan, president from 1981 to 1989, and his advisors continued in this effort by trying to negotiate with Soviet leaders to not only stop production, but also to reduce existing nuclear devices (while at the same time building new weapons). Reagan’s efforts were referred to as Strategic Arms Reduction Treaties, or START I and II, and were initially proposed in 1982. However, the 1980s saw fluctuating relations with the Soviets, as arms reduction conversations did not always go well. Both sides continued to build and expand on arms technology, but ultimately the tactic of negotiation prevailed, and as a result of these talks (and other factors), the Cold War ended in 1989 and the treaties were eventually ratified in 1991.