The Tet Offensive and the Vietnam War 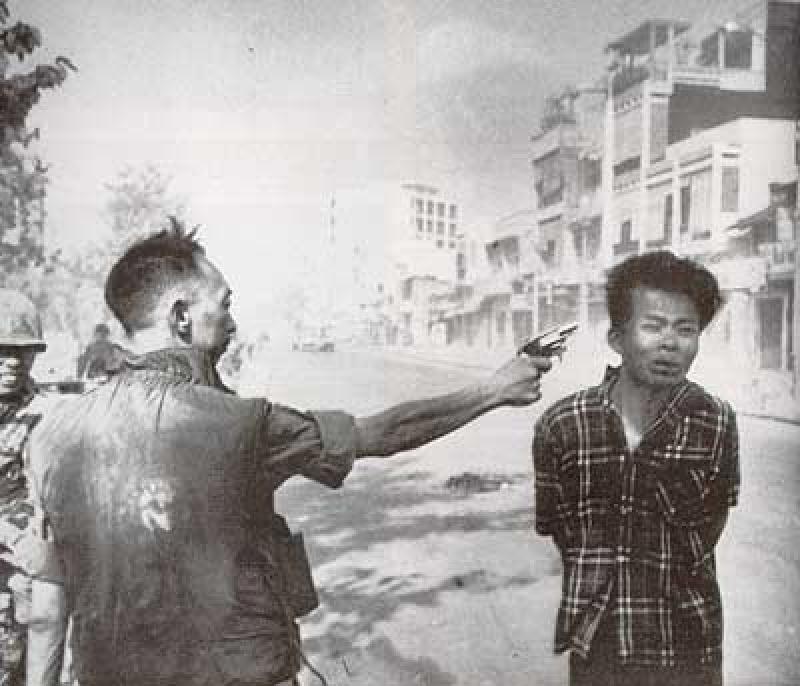 The protracted American involvement in Vietnam helped usher in a host of détente-minded American foreign policymakers, raised American awareness of the imperial aspects of American foreign policy, forced every day Americans to re-examine the fundamental underpinnings of their way of life, and spurred sharp generational cleavages in American families. As time passes, and the immediacy of Vietnam and its lessons continues to fade, it becomes more important than ever to promote understanding of the origins, conduct, and impact of what one historian has dubbed, "America's longest war."

To help students understand how the United States became ensnared in what one historian has aptly called the "quagmire." To stress the importance of the Tet Offensive in turning American public opinion against the war. To illuminate how the Vietnam War remains a vital part of American life and culture.

Part I: Context and Origins

The first part of the lecture should aim to firmly ground the student in the geography and history of Southeast Asia. Begin with a map that helps illustrate Vietnam's nearness to China and Japan, and its distance from the United States. Using an outline, describe how geography heavily influenced the course of early Vietnamese history. A second web site details how the French, in the European mania for empire, came to occupy and colonize Vietnam. End with the rise of Ho Chi Minh and the French defeat at Dien Bien Phu (the website Vietnam Passage: Journeys from War to Peace should come in very handy for this discussion).

Next, take time to review America's grand strategy in the Cold War. Be sure to remind the students of George Kennan's policy of containment, and how successive presidential administrations applied it throughout the world. Illustrate how America's policy of gradual escalation ultimately resulted in Johnson's decision to send ground troops.

Part II: Tet and the Counterculture

When the Americans entered the war in earnest, American public opinion was solidly behind the effort. Despite a nagging inability to win the war, the American government still projected a confident and optimistic façade to the American people. (For a review of major American battles, use this interactive map.) The perceived American defeat at Tet, however, changed American opinion drastically.

Tet helped convince many Americans that the American military was losing, and, what was worse, that the American objectives in Vietnam were misguided or downright imperial. As a result, Tet helped spur the notion that the war in Vietnam symbolized all that was wrong with America, and to that end, Vietnam increasingly became a lightning rod for a variety of protests. Listen to Dr. Martin Luther King, Jr., as he eloquently illustrates the linkages between American misadventures in Southeast Asia and the struggle for equal rights by people of color.

Some of the most enduring artifacts of Vietnam protest are songs from the Sixties. There are many web sites dedicated to sixties music. Have your students compare popular songs with those written by American soldiers in Vietnam.

The Sixties Project contains a great deal of primary documents on groups and individuals who argued against America's continued involvement in Vietnam.  The soldier's testimony is particularly powerful.  If you are having your student's read a book on Vietnam, such as Philip Caputo's A Rumour of War, this page could add to their understanding of the book.

You might ask the following questions:  How could Tet be both a victory and a defeat?  How did Martin Luther King compare the Vietnam War with the civil rights movement?  What were some of the arguments used by those protesting against the war?

Other methods to encourage active learning could include an in-class debate between pro- and anti-war views, or perhaps use a "talk show" format that has several students play key figures from the conflict and field questions from the "audience."  You could also have students compare the views of several key figures in the Vietnam conflict using the CNN: The Cold War site.  Other lesson ideas are located on the site Vietnam Passage: Journeys from War to Peace.

Part III: The Soldiers and the Legacy

The experience of the many Americans in Vietnam offers a great way to wrap up your discussion. Vietnam Veterans of America  offers an excellent repository for links on the experience of American soldiers in Vietnam. Most fitting for the end of your discussion would be a brief treatment of the Vietnam War Memorial. This site would be an excellent place to start https://www.nps.gov/vive/index.htm.  Ask your students to comment on the design, color, and shape of the monument.  A field trip to the memorial would be a great idea!  You might also have Vietnam veterans come to your class and discuss their experiences with the students.