A Letter from the Front 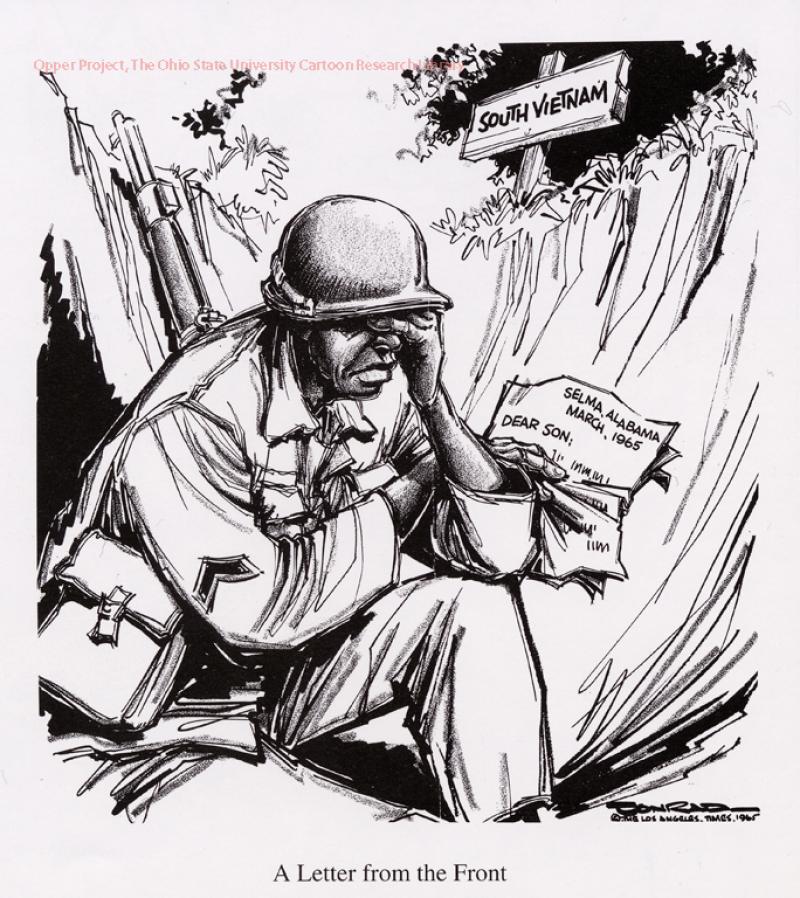 Over the course of the twentieth century, African American soldiers were increasingly frustrated by being asked to fight and die for democracy in other parts of the world, when they did not enjoy basic democratic rights in the United States. As the campaign for black voting rights in the south met with increasingly violent opposition, the Cold War turned hot in South Vietnam—yet another a conflict waged specifically in the name of freedom and democracy.

March 7, 1965 became known as “Bloody Sunday” in Selma, Alabama, because of an attack on civil rights marchers by state troopers.