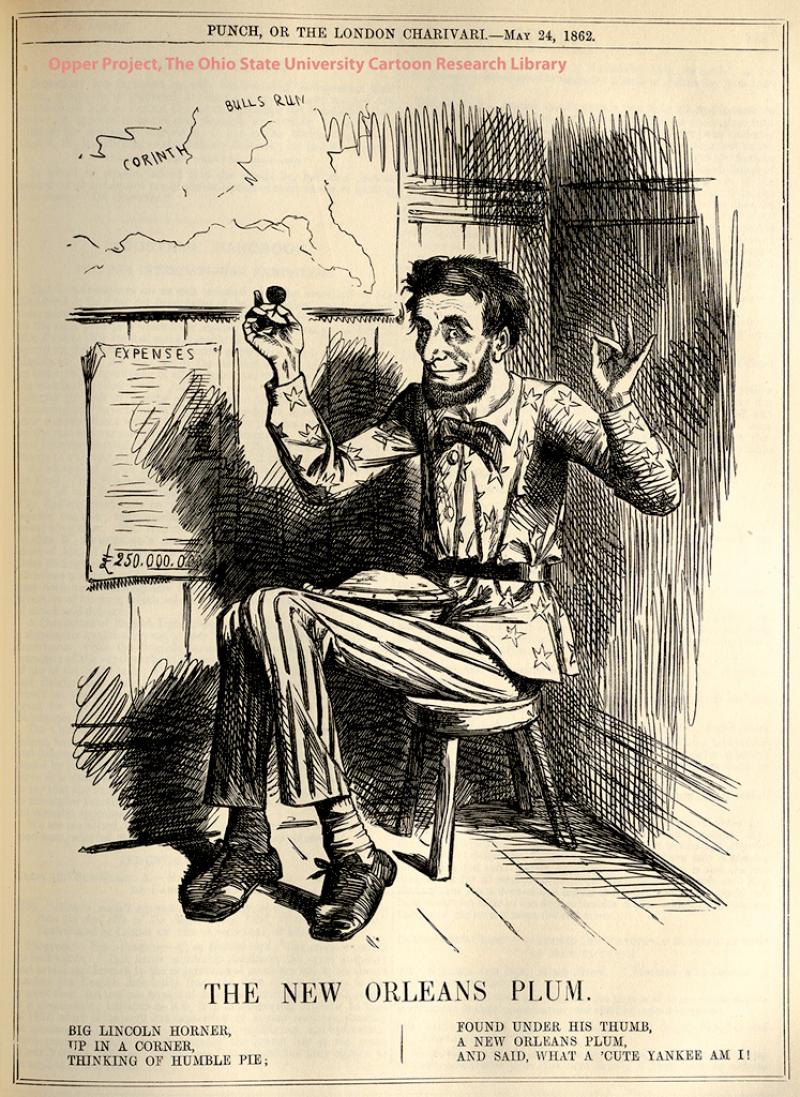 In April of 1861, Union forces under General Farragut captured New Orleans, which was an important early victory for the Union because it gave them control of the influential port city. Even though this was a clear and important victory for Lincoln and the Union, international observers, like those at The London Punch, still doubted the rationale for war. Thus, the victory of New Orleans is set against the backdrop of early Confederate victories at Bull Run and Corinth, as well as the mounting cost of war, here estimated at $250,000,000. The caption at the bottom is modeled after a popular nursery rhyme. Note that Lincoln is dressed in clothes that would eventually come to be associated with Uncle Sam.