The Socialist (to the Democratic Donkey)—You’re Stealing My Props! Why Not Take this Also? 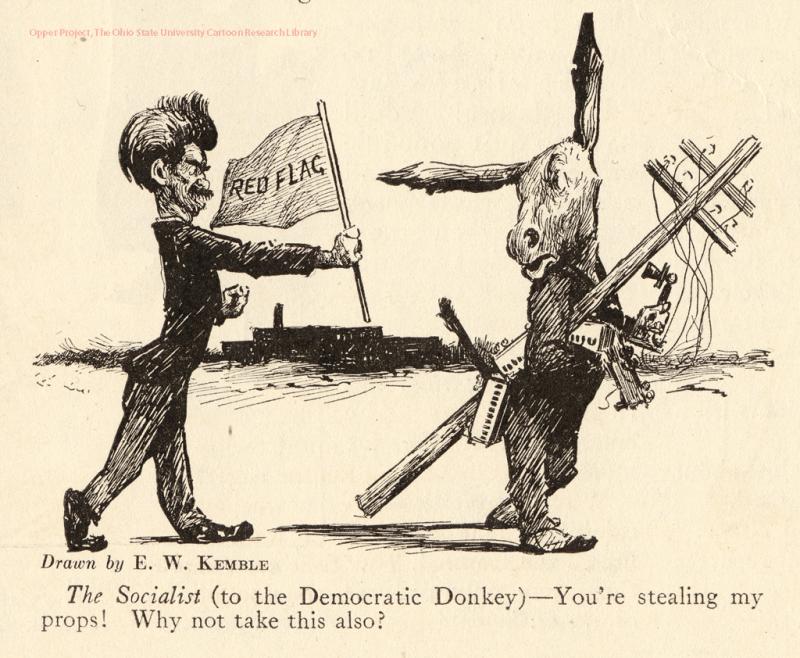 In the period immediately following World War I, the Democratic Party adopted a number of the more popular Socialist party platforms, such as a nationalized telephone/telegraph service and a nationalized railroad. At the same time, the country experienced a “Red scare” in which many Americans feared that radical immigrants and home-grown revolutionaries threatened the US government and capitalist economy.