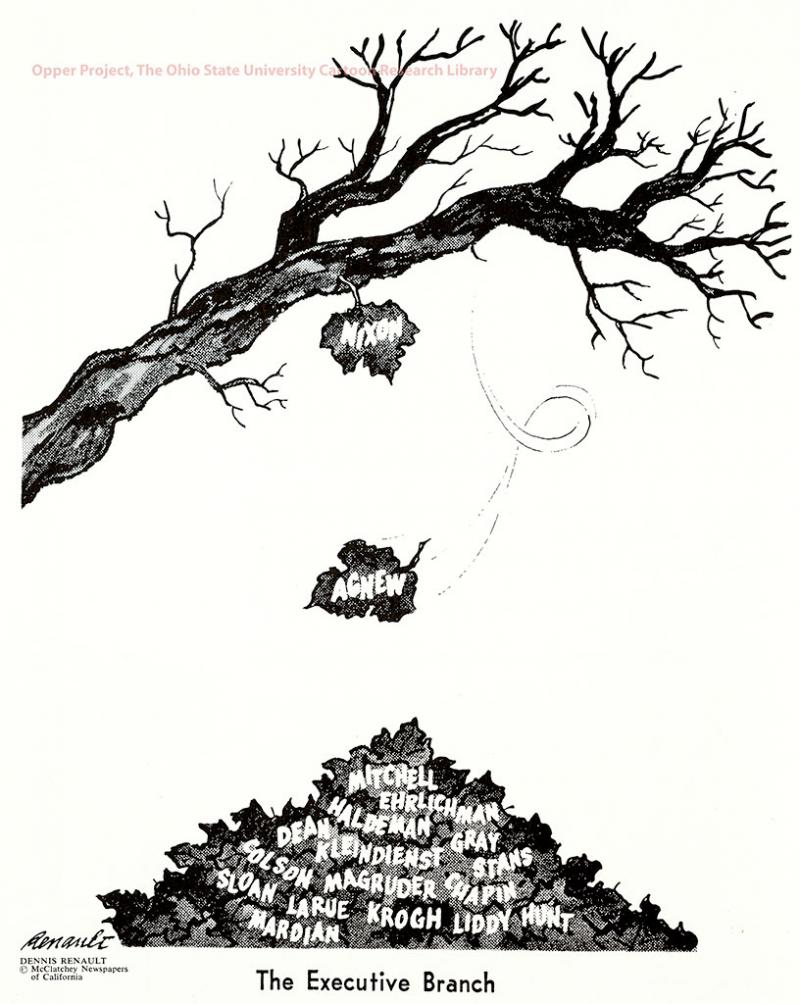 Richard Nixon was elected to the presidency in 1968 as a Republican. In 1972, Nixon ran for re-election. Because of Nixon's characteristic paranoia regarding his political opponents, his staff formed the Committee to Re-Elect the President (CREEP), which carried out various forms of political sabotage to prevent Nixon's defeat. One of the most egregious forms of sabotage occurred in 1972 when people affiliated with Nixon's campaign and CREEP broke into the headquarters of the Democratic National Committee at the Watergate Hotel in Washington D.C. with the intent to tap the phones. They were arrested, and the publicity surrounding this event threatened Nixon's reputation. Nixon and his cabinet attempted to stonewall all investigations and immediately began a cover-up of the whole affair. The House Judiciary Committee launched an investigation into the break-in, and after prosecuting those arrested on the scene, continued to investigate in the highest echelons of the president's cabinet. Either through forced resignation, prosecution or firing, Nixon's staff, one-by-one, succumbed to the investigation into the Watergate scandal. The pile of leaves at the bottom of the panel represent the members of Nixon's cabinet that had already fallen victim to the investigation. The leaf that is in mid-flight is that of Spiro Agnew, Nixon' vice president. Coincidentally, Agnew was forced to resign as VP for charges of tax evasion and money laundering - completely unrelated to the Watergate scandal. The last remaining leaf on the tree is that of Nixon himself. Ultimately, Nixon too would fall when he was forced to resign in August 1974 after tapes containing incriminating evidence were finally released to the judiciary committee.