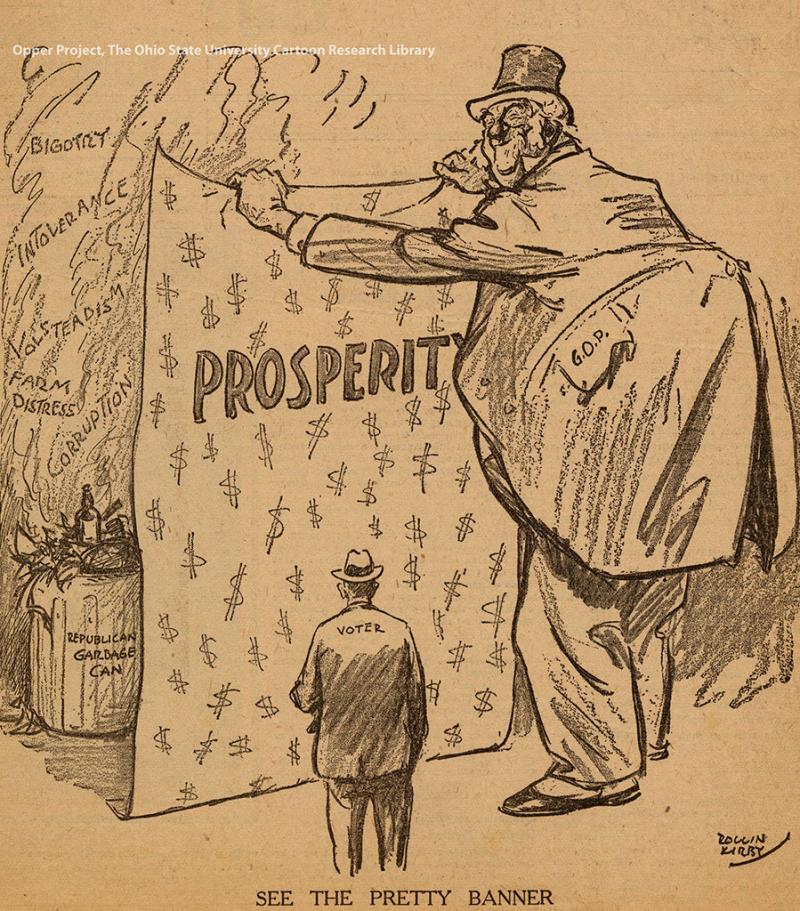 In the 1920s, prior to the Great Depression, Americans were struggling with a number of social issues that were often overlooked because of the soaring economy. The Republican Party (or the Grand Old Party/GOP), in power since 1920, oversaw the prosperous decade and benefited politically from the vast increase in wealth. However, scandals and corruption surfaced during the 1920s that threatened to undermine the reputation of the GOP. For instance, the price of agricultural goods collapsed in the 1920s and surpluses forced many farmers into debt. The 1920s also saw the reinvigoration of the Ku Klux Klan, a white supremacist organization, as well as increasing anti-immigrant sentiment, both of which exposed the bigotry of some Americans. Furthermore, the 1920s also witnessed the struggle over the enforcement of anti-liquor policy of Prohibition, enacted in 1919, which banned the manufacture, sale, and transportation of alcoholic beverages. Thus, the 1920s was a time of upheaval and the clash of cultures, yet the prosperity of the decade overshadowed many of these problems.