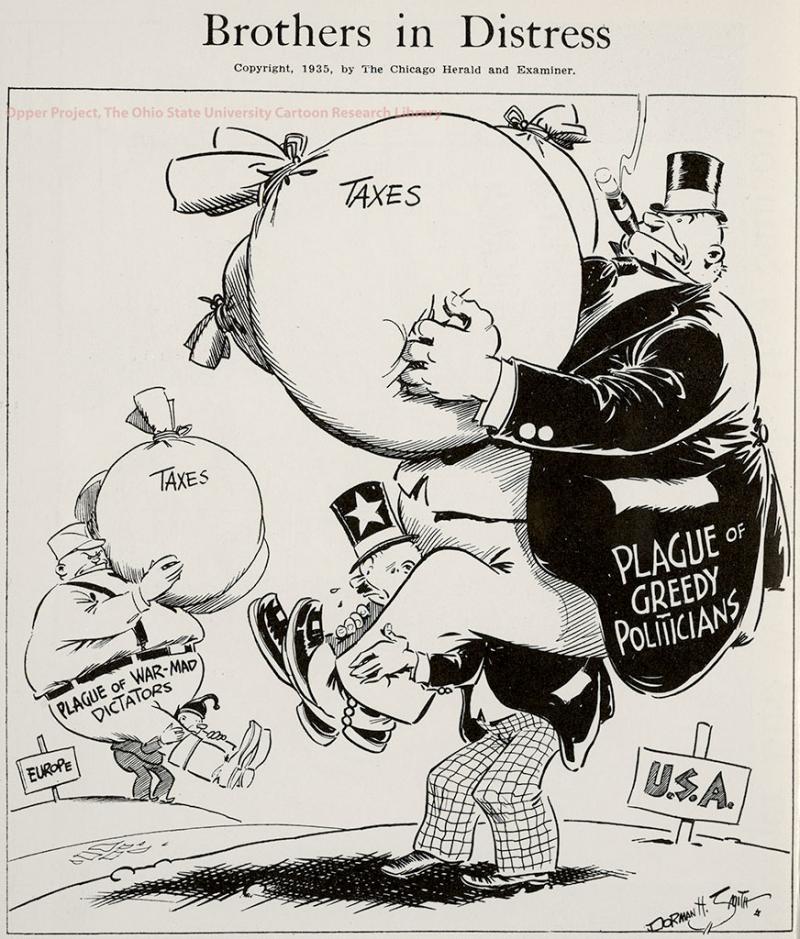 President Franklin Delano Roosevelt's New Deal created vast government agencies that funded jobs and other programs to help end the Depression. The programs relied on government funding to operate. In addition to angering some conservatives because they represented an expansion of the government into citizens' lives, the programs also relied on tax revenues for funding. Opponents of the New Deal argued that the programs were ineffective and irresponsible use of tax money. At the same time that money and resources were being diverted to New Deal programs and Americans were experiencing increasing hardship, countries in Europe were struggling with economic woes as well as political upheavals. Dictators in Spain, Germany and Italy rose to prominence in the 1930s, threatening democracy in their countries, and peace in the world.