Getting Ready for School…1969 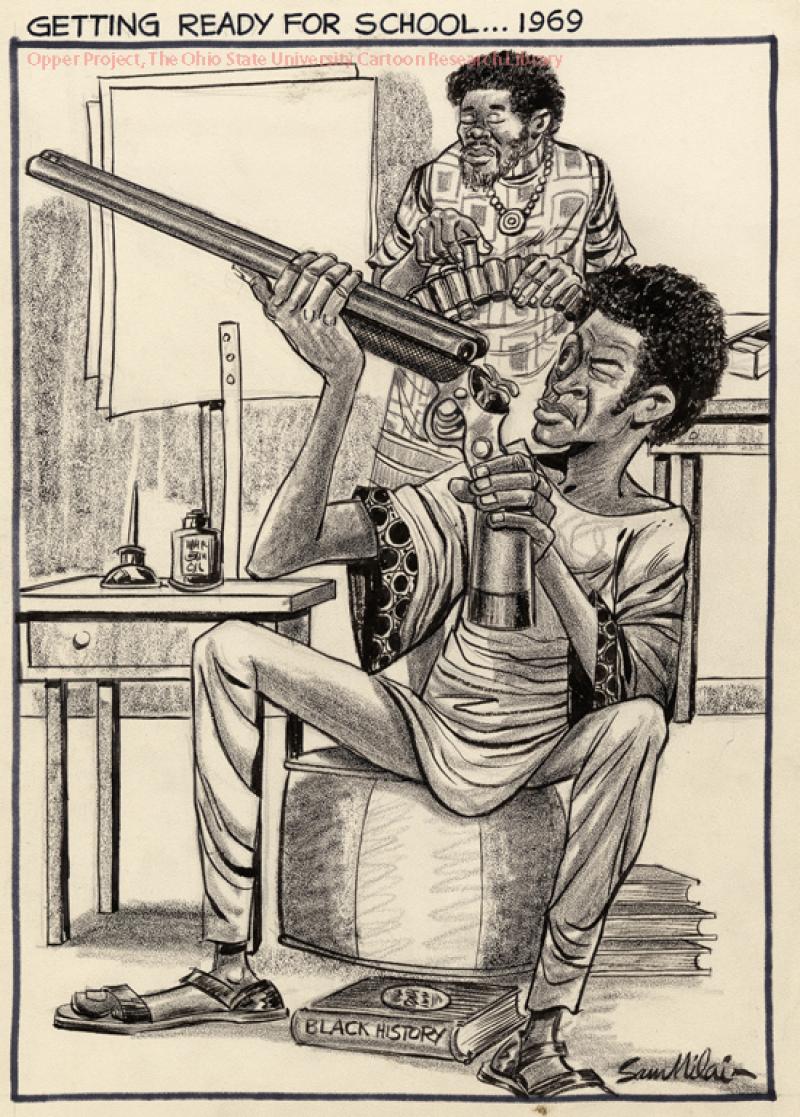 Civil Rights militancy reached its peak in 1968. The Black Panthers, an African American militant group, advocated Black Pride, especially the celebration of black history and culture. They also advocated Black Power, including making the Civil Rights movement a black movement by pushing whites out. Another aspect of Black Power was the advocacy of self-defense against white attack, and the rejection of Martin Luther King Jr’s principle of non-violence as an ideology. The Pittsburgh Courier was an influential African-American newspaper with a national audience. Milai, an African-American, worked for the Courier for 33 years.