Father, I Cannot Tell a Lie. I Did It With My Fourteen Swats. 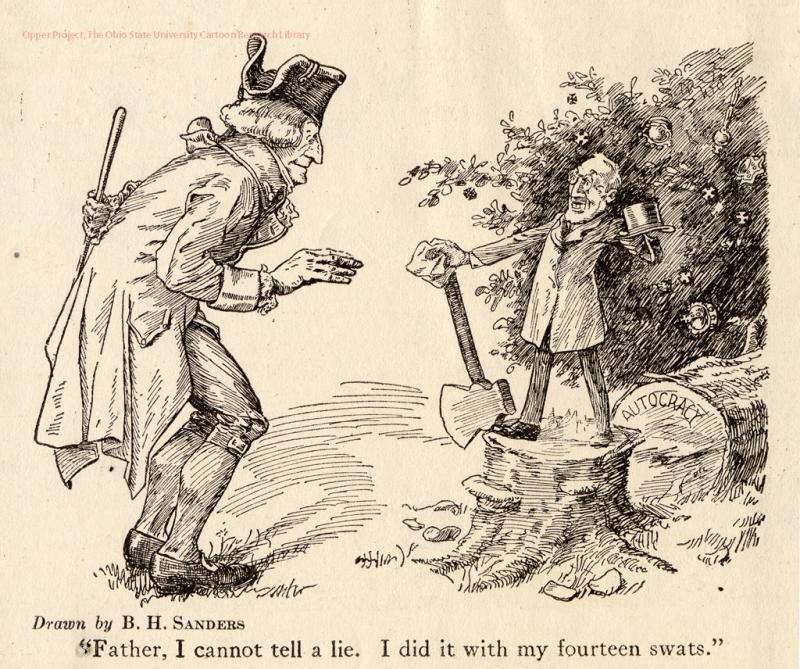 President Woodrow Wilson announced his fourteen point plan for European peace in January 1918. The Fourteen Points included free trade, open diplomacy, arms reductions, and an international organization to settle disputes without war. Wilson intended to solve the problems that led to World War I and thus prevent another European war, as well as spread democracy to Europe and the world. This cartoon uses the popular story of George Washington cutting down a cherry tree and depicts Wilson eliminating autocracy.